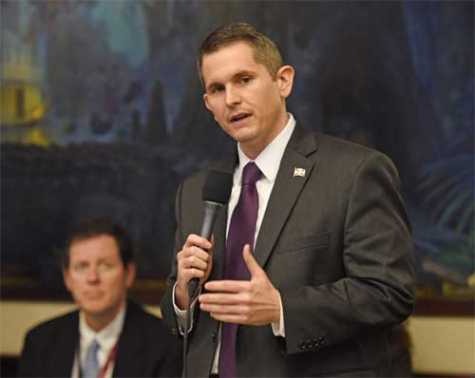 “Since 2012, Florida has been at the vanguard of automated vehicles. This legislation recognizes the advancements in technology as we move toward shared mobility,” he said.

Fischer and Brandes have been the two most vocal lawmakers on autonomous vehicle policy since the nascent technology started gaining traction.

In the 2018 Legislative Session, the pair sponsored bills similar to the 2019 version announced Jan. 17. In 2012, Brandes pushed for legislation encouraging the testing and studying of automated vehicles in Florida.

That push led Brandes to request that some self-driving cars be demoed for lawmakers at the Florida Capitol. Google obliged, taking lawmakers around the city and then out to the freeway where speeds hit 70 mph.

Late last year, Fischer also hosted a panel at Florida Internet & Television’s FITCon 2018, where he and lobbyist Chris Spencer of GrayRobinson, a former chief aide to Brandes, expounded on their visions for connected cities, including autonomous vehicle tech. Spencer has since become policy director to Republican Gov. Ron DeSantis.

“Eventually, in a couple of decades, driving a vehicle is going to be like riding horses. Fun to do, but you don’t do it to work,” Fischer said in November.

« Previous Page Next Page
Read 1464 times
back to top