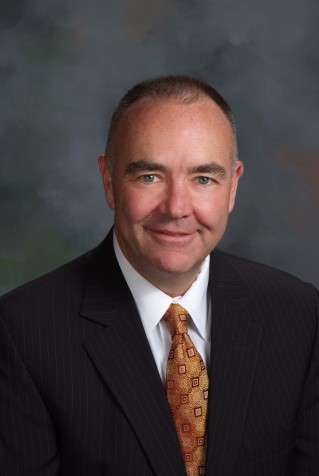 Carl Swope, owner of the Swope Family of Dealerships, in Elizabethtown, Kentucky

Earlier this year, Carl Swope learned he received the 2017 Time Dealer of the Year Award during the National Automobile Dealers Association (NADA) Convention in New Orleans.

The owner of the Swope Family of Dealerships in Elizabethtown, Kentucky, said it was an honor, and he attributes his success to the great people who work for him.

The 65-year-old company was started in 1952 by Carl’s father, Bill, and his uncle, Sam. They opened a Chrysler, Dodge, DeSoto dealership in Elizabethtown and established a collision center in the late 1950s. The family has a long history of operating dealerships across Kentucky and Florida.

Autobody News spoke to Carl about the award and what makes his dealerships and independent collision center so successful.

Q: What is the TIME Dealer of the Year Award?

A: Some say it is the most prestigious award a new-car dealer can receive. The program honors new-car dealers in the United States who exhibit exceptional performance in their dealerships and perform distinguished community service. Every year, 49 out of 50 states nominate a dealer. They are chosen by members of the Automotive Trade Association Executives (ATAE) and the winner is announced during the NADA convention. The award provides $10,000 to a non-profit selected by our dealership and we chose the Community Health Clinic of Hardin & Larue Counties.

Q: How did you find out you received the award and what was your reaction?

A: I found out when I was standing on stage with the 48 other nominees at the NADA convention in New Orleans. It was a huge surprise. I went to the convention thinking the winner probably already knew who he or she was but literally it wasn’t until I was on stage being recognized as one of the 49 nominees that I learned that the University of Michigan School of Business had selected me!

We’ve regularly attended NADA conventions throughout the years. Over my lifetime, I’ve had the privilege of watching my father and uncle both being recognized as nominees as well as my brother Dick, who is also an automobile dealer, recognized twice as a nominee. I was just glad that I got nominated.

I have been honored many times and by many people and they are all special but I have never received an award like this. It’s wonderful to be nominated by your peers, in this case, the state of the Kentucky. To me, that was as good as it gets. Then the unthinkable happened.

Q: What do you attribute your success to?

A: I know several of the other nominees and it could have been any one of the other 48. They all have some things in common. First, they are all passionate dealers. I’ve told people my whole career that I just don’t love cars, I love the car business. I turned 60 recently and I was walking into a meeting thinking I’ve been doing this a long time and I can’t imagine doing anything else.

The other thing that these dealers all have in common without exception is they have great people who work for them and with them. These people are not only professionals, but they are highly engaged at the dealership and the community. The last thing I think is universally true about all of the nominees is they come from great communities, some of them from large cities. They are highly engaged in whatever part of that city they identify with. In my case, it’s a relatively small market, about 100,000, but all our dealerships are very engaged in the good things going on in the community.

Q: Can you tell us how you became involved in the industry?

A: After graduating from Elizabethtown High School in 1975, I earned a B.S. in business administration from the Indiana University Bloomington in 1978. I’ve worked in all phases of the retail automobile business at my family’s stores. The following year I began working at some of our Swope dealerships, including Sam Swope Pontiac, Honda and BMW. Later, I ran Toyota of Louisville. I decided to move to Elizabethtown in 1986 and bought the stores from my dad and uncle.

In addition, we have an independent collision center with 16 employees that is overseen by the general manager of the Chrysler dealership. The 11,000-square-foot facility repairs about 100 wrecks a month.

Q: What are some of the community projects your dealerships take part in and what is the importance of getting involved?

A: We take part in various programs that support our community and make it a better place. In the 1990s, we established a local affiliate for Habitat for Humanity and the statewide Kentucky Habitat, and our associates build houses with Habitat for Humanity. It’s so rewarding to have the team work together and help a family in need in our community.

We also participate in a wonderful program through the United Way that fills backpacks with nutritious food for children in need and prepares care packages for deployed soldiers.

Not only do we encourage our associates to get involved, but we facilitate programs that they are interested in.

Q: What is the importance of getting involved for both the employees and the community?

I realized how powerful our dealerships can be if I encourage and support all our leadership and associates to get involved. Together, we are making Elizabethtown and the central Kentucky region a better place.

Q: What sets your dealerships and collision center apart from others in the industry?

A: I’m blessed to have 290 employees working at the dealerships and collision center, who are doing the lion share of the work. My shortest tenure is about 18 years. The longest tenure is 28 years.

We don’t have a lot of turnover and these are not only satisfied employees, but they are also highly engaged employees. That’s true throughout our organization and I think it really sets us apart.

Q: What advice can you offer to other businesses in terms of retaining employees?

A: We call ourselves the Swope Family of Dealerships. The word family is very important to us. We really think of each other as fellow associates. Certainly, we have hierarchy, but we buy into this idea that you manage processes and you lead people. Everybody in our organization is considered a leader. We appreciate what they do, we pay them well and we recognize what they do day in and day out.

I’m very fortunate to have a great organization. I have an office but I’m rarely there. Most of my time is spent in one of the stores with our associates. In addition to being active in the Kentucky Auto Dealers Association (KADA) as a director and officer, I serve on numerous boards of community associations and am a member of a 20 group.

I feel it’s very important to get involved so you can be exposed to new things, innovative things that are happening. It doesn’t matter if it’s the collision center, sales area or service—if you don’t get yourself out of your box, your box is going to get pretty small.

Q: Can you tell us about the Swope Museum?

A: Swope’s Cars of Yesteryear Museum is located between the Chrysler dealership and the Nissan dealership. It was started by my father after I purchased the stores from him. He has been collecting vehicles and displaying them in the museum since his retirement 30 years ago. There are currently about 70 vehicles ranging from the early 1900s to the 1960s in a variety of makes and models. About 45-50 are on display at the museum at any given time. Some were restored in the collision center and others were purchased. I encourage anyone in the area to check it out!