On Wednesday, October 7, the Georgia Collision Industry Association (GCIA) hosted their 19th Annual Golf Tournament at the Trophy Club of Atlanta in Alpharetta, GA. Registration for the four-man scramble began at 9am with tee-off at 10AM and lunch served at noon. Howard Batchelor, Executive Director of GCIA, said it was a beautiful day of golf for over 80 attendees. 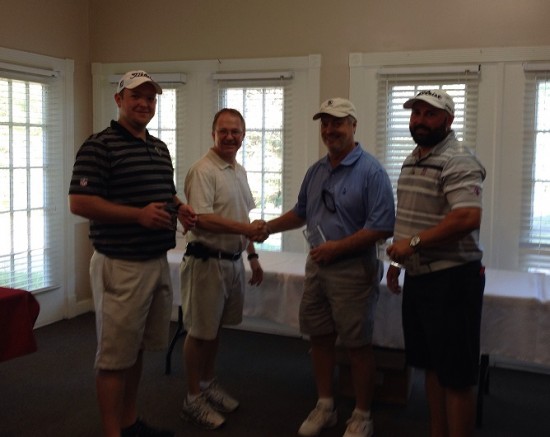 Event participants enjoyed an opportunity to network with their peers while indulging in the beautiful weather and receiving a chance to win over $1000 worth of door prizes. The winner of this year's tournament was ACS of Georgia, with Dempsey Body Shop coming in second and Service King's team taking third place.

A multitude of industry vendors showed their support for GCIA by sponsoring the event. 3M sponsored the beverage cart, and Valspar/C&D contributed lunch for participants. This year's Gold Sponsors were Akzo Nobel/LKQ, Axalta, BASF, FinishMaster, PPG and Single Source. Hole sponsors included Three Eaves Realty, Willard Wrecker Services, ACS, Computer Logic, Concierge Insurance Group, Ed Voyles Group, Infiniti of Gwinnett, Sports & Imports, Subaru of Gwinnett, Troncalli, and All Star Auto Lights South. Batchelor states, "If it wasn't for our sponsors this year, we would not have been able to put this event on."