On Friday, June 12, the Automotive Aftermarket Association Southeast (AAAS) elected officers at their Board meeting, conducted during their 2015 Annual Conference and Trade Show. Randal Ward, President of the association, said, "AAAS is indeed fortunate to enjoy the volunteer leadership of this great group of automotive aftermarket professionals. Congratulations to each of these officers and directors!" 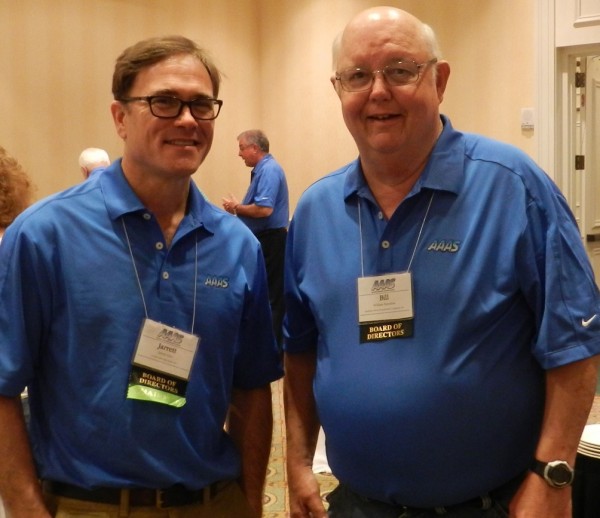 After serving as a Director, Second Vice Chairman and First Vice Chairman, Jarrett Liles of Connie Liles Auto Parts in Tallahassee, FL began serving his term as Chairman in February 2015 after Chairman Mike Morgan passed away. Florida joined Alabama, Georgia and Mississippi as part of AAAS in 2009. Liles is the first Floridian to serve as Chairman for the association's Board of Directors.

AAAS's Board of Directors' First Vice Chairman is Keith West of Auto Supply Company in Bowden GA, and Sid Dooley of Associate Jobbers in Boaz AL, the newest member of the Executive Committee, was elected Second Vice Chairman. From Auto Electric Carburetor and Company in Birmingham, AL, Steve Kampwerth will continue serving as Immediate Past Chairman. The elected Treasurer is Bill Lewis of Speed/Brior in Greenville, AL.

A nonproft trade association, AAAS was established in 1938 and serves the automotive aftermarket parts manufacture, distribution, service and repair industries in Alabama, Florida, Georgia and Mississippi.