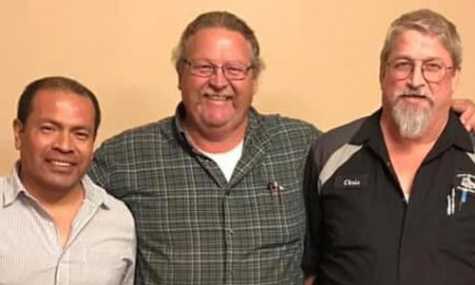 During the morning, White presented “Succeed and Conquer With KPIs,” and the afternoon focused on “Becoming a Talent Magnet.” An officer election was also held during the meeting, and newly elected ASA North Texas President John Firm noted, “ASA Texas prides ourselves on bringing nationally known automotive repair industry instructors to our state so members can learn from the best without having to take on the expense of traveling around the country.”

“The top shop owners and service writers from the Dallas-Fort Worth-Denton market attended Rick’s training and learned a lot,” Firm continued. “The class on KPIs was a great way to spend the morning, and we learned that we should be watching the KPIs continually instead of waiting until there’s a problem that needs to be fixed while we’re in panic mode. During the afternoon seminar on how to be a talent magnet, Rick explained how paying our techs better can help shops find better staffing from different fields.”

“The classes with ASA North Texas were well received, and attendees asked lots of good questions and were very interactive,” White said before describing the seminars. “The KPI class is really all about getting people to stop thinking their business is fixing cars and recognize that their business is to create and keep customers so they can generate a profit. Understanding the benchmarks for the industry and moving towards those with a plan is really what that seminar is all about.”

Referring to his afternoon seminar on “Becoming a Talent Magnet,” White explained, “With unemployment as low as it is, 3.7% as of August 2019, the pool of qualified help has turned into a puddle, and the old ways of attracting help just doesn’t work. This session was all about helping shop owners envision the kind of business they could have, one where ideal candidates are waiting in line to work for them.”

Firm agreed that the feedback from the event was great, and he was also pleased with the attendance.