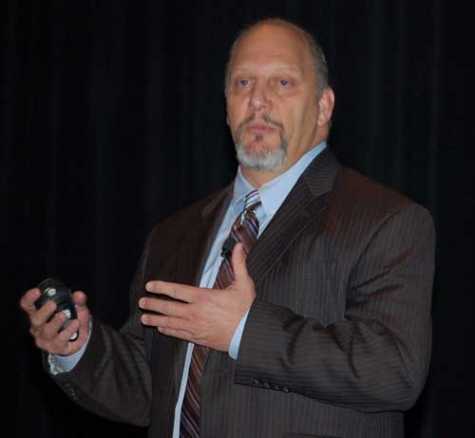 20 Years Ago in the Collision Repair Industry (October 1998)

Jack Gillis of CAPA perhaps best summed up a demonstration of non-OEM parts at the Collision Industry Conference (CIC) in October when he said, “Not one of our better days.”

The demonstration, arranged by the CIC Parts and Airbags Committee, involved installing several non-OEM parts, including a hood and fender that bore the CAPA-certified sticker, on an undamaged 1994 Toyota Camry. Fit and other problems with the parts were obvious, and after the demonstration, Gillis said neither of the parts would be listed as certified in the next Certified Automotive Parts Association (CAPA) directory.

The fender, he said, had been decertified earlier in the week because of more than 20 complaints, including one the week of the CIC demonstration that was the second complaint after the manufacturer had supposedly fixed earlier problems with the part.

- Test fits of parts continued at CIC meetings over the next two years; OEM parts generally were found to score higher in attendees’ evaluations of fit and finish, but occasionally non-OEM parts were rated as equal to---and in one case, better than---the OEM. Gillis retired from CAPA earlier this year.

15 Years Ago in the Collision Repair Industry (October 2003)

In a special two-year study of the auto body repair industry, the California Department of Consumers Affairs’ Bureau of Automotive Repair (BAR) documented that in nearly half the transactions it studied, consumers were charged for parts and labor they didn’t receive.

The BAR inspected 1,315 vehicles that qualified as part of a pilot program mandated by legislation. Of those, 551, or 42 percent, had parts or labor listed on the invoice that were not actually supplied or performed. The average dollar amount of overbilling was $811.93.

“We’re disturbed by the pattern of problems we found in some shops,” said BAR Chief Patrick Dorais.

– As reported in Autobody News. While the “42 percent” statistic received a lot of attention, the National Auto Body Council (NABC) noted (in the article) that the vehicles inspected were not randomly selected among all those repaired in California, but rather were vehicles brought to the BAR by owners concerned about possible fraud. “Considering the way the sample was skewed by the BAR’s methodology, it is more surprising that 57 percent of the repaired vehicles showed no problems at all,” Chuck Sulkala of the NABC said at the time.

View the embedded image gallery online at:
https://www.autobodynews.com/index.php/retronews/item/16146-retro-news-keynote-speaker-at-trade-show-5-years-ago-said-industry-was-headed-toward-catastrophe.html#sigProId3cb4e056e1
More in this category: « Retro News: Database Enhancement Gateway Got its Start 10 Years Ago Retro News: Stats From 20 Years Ago Indicate Shop Labor Rates Haven’t Kept Up With Inflation »
back to top