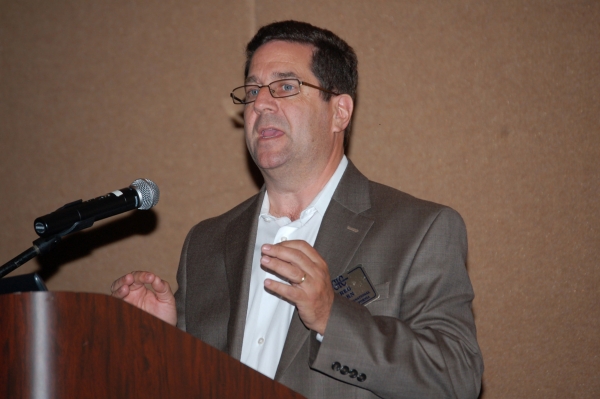 In 2012, Greg Horn was with Mitchell International, and defended the company’s release of data that showed regional variations in billing for bumper refinishing.

20 Years Ago in the Collision Repair Industry (December 1997)

Representatives of State Farm, USAA, Geico, Allstate, Farmers and Nationwide stated that their respective companies do not have plans to introduce preferred provider organization (PPO) type programs as an option for customers buying insurance policies for their vehicles. The Automotive Service Association Collision Division sought the statements to help identify any changes to the insurers’ positions concerning PPOs.

A PPO-type program would likely allow a consumer the opportunity to buy a policy that offers substantial premium discounts. In exchange, at the time of purchasing the policy, the consumer would agree to certain conditions, such as the use of aftermarket parts and [allowing the insurer to decide] where to have their vehicle repaired in the event of an accident.

“It’s not in State Farm’s planning,” State Farm’s Bill Hardt said. “The PPO might work in certain niche markets, but we’re too big.”

Hardt’s personal opinion is that the customer would agree to use aftermarket parts up front, but after the wreck, would change his mind.USAA’s Israel Yzaguirre said the company has no plans to incorporate PPO-type policies.

“We think there’s no savings for us in terms of money or people with PPOs,” he said. “I would hate to see PPOs happen. They would just drive another wedge between the industry.”

“I am unaware of Geico offering such an option at this time or over the next 12 months,” Geico representative Bill Mayer said.

– As reported in Collision Expert. No major auto insurers have moved toward a PPO model in the 20 years since this was reported.

15 Years Ago in the Collision Repair Industry (December 2002)

Arizona Collision Craftsman Association (ACCA) members have selected their annual picks for the best insurance companies to deal with, and State Farm has come out on top for the second year in a row.

ACCA member shops were asked, “Do insurance companies’ overall policies, attitudes and payment processes focus on quality and timely repair for the customer?”

– As reported in Autobody News. CRASH Network (www.crashnetwork.com) conducted a similar “Insurer Report Card” in late 2016, and out of 86 insurers graded by body shops, the insurers named above all ranked below 40 other insurers. USAA (#41), Travelers (#43) and State Farm (#47) were the only three with above-average scores. The others were ranked between #65 and #76, with grades of C+ or C.

10 Years Ago in the Collision Repair Industry (December 2007)

NACE Chairman Darrell Amberson, president of Lehman’s Garage, a six-location business based in Bloomington, MN, kicked off the 2007 event’s opening session with a speech offering his laundry list of the key issues he believes the industry needs to address.

Amberson said the decrease in auto insurance claims and the increasing percentage of totals have helped fuel an “overcapacity” in the industry, with too many shops chasing too little work. That and a lack of unity in the industry have helped add to the imbalance in shop-insurer relationships, something Amberson said that some insurers have taken undue advantage of. The industry, he cited as one example, must have a more fair way of determining fair and equitable rates, and that government involvement in such issues---as is being discussed in some states---may not be something either side finds as the best solution, Amberson said.

– As reported in Autobody News. Amberson in 2012 became vice president of operations at LaMettry's Collision, another MSO based in Minnesota. There is still some discussion of government involvement in labor rates; legislation under consideration in Massachusetts, for example, would require that a minimum labor rate be established by the Massachusetts Insurance Commissioner based on the average rates paid by insurers in surrounding states (Connecticut, New York, New Hampshire, Rhode Island and Vermont).

5 Years Ago in the Collision Repair Industry (December 2012)

Aaron Schulenburg of the Society of Collision Repair Specialists (SCRS) said the repairer associations that asked the information providers for an “opt-out option” for shops that don’t want their estimate data aggregated are disappointed with the negative responses they received.

“Is there going to be a choice? Really, the answer is no,” Schulenburg said at the recent Collision Industry Conference. “You can either choose to use electronic estimating systems (to communicate with insurers) or you don’t. I don’t think it’s the answer that we wanted, but they answered the question.”

Previous Page Continue reading »
Read 2844 times
More in this category: « Retro News: Association Agreement with Automakers 15 years ago Seen as Key to Access of OEM Information Retro News: Database Enhancement Gateway Got its Start 10 Years Ago »
back to top