Retro News: Association Agreement with Automakers 15 years ago Seen as Key to Access of OEM Information 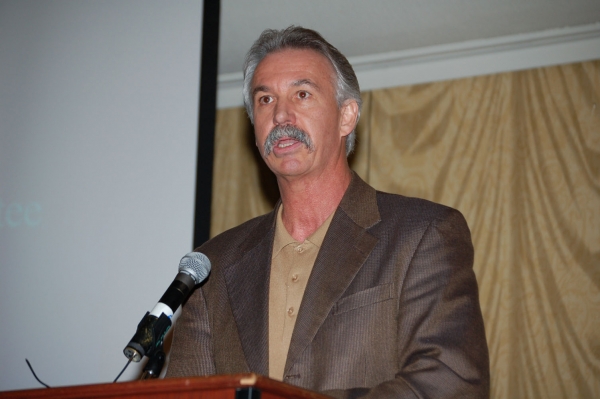 20 years ago in the collision repair industry (November 1997)

Instead of looking at the negative sides of our leadership, perhaps we should focus on what is positive about what they’re doing. Some of our leaders are at the forefront of our industry’s consolidation, for instance. They’re buying up existing shops, usually at good prices, in an effort to make their own businesses larger and more profitable.

Consolidation has several frightening aspects; what will happen to owners of smaller shops, for example? But it could potentially be a boon to our industry. For a long time, we’ve bemoaned the lack of unity in our business. With fewer independent shops, we will presumably have more unity and more power. Thirty-facility operations will be in a far stronger position vis-à-vis the insurance industry than a three-person shop.

With consolidation, we might see more dynamic leadership from our leaders. Instead of scrambling to make a living, they’ll be in a good economic position and will have the financial security to concentrate on helping our fellow repairers. Also, by buying up existing facilities, they’re offering the owners of these facilities, many of whom will probably be near retirement age, the chance to reap a good profit from their life’s work.

This is leadership by example.

I did not set out to write an apologia for our industry leadership. There’s still something disturbing about the close relationship many of our leaders have with the insurance industry. There’s no question that would be better off if we have a leader who was truly selfless, who was more concerned for the people in our industry than for himself, and who would stand up and tell the truth.

People like this are rare in any field. And until we find a Martin Luther King or Joan of Arc, we might want to look at the positive things our leaders are doing.

We might also look at ourselves. If we feel our leadership isn’t doing what they should be doing, we should be ready to step to the podium.

– from an editorial by trade association executive Sheila Loftus, published in Hammer & Dolly.

15 years ago in the collision repair industry (November 2002)

When the Automotive Service Association this fall announced a surprise agreement with the automakers regarding access by independent repairers to the same service and repair information available to dealerships, it used words like "historic" and "a success and a victory” to describe the accord.

“This agreement is an investment in the future of independent automotive service,” said Dan Frohlich, chairman of ASA’s national board and the owner of a collision repair and mechanical business in Pennsylvania. “By building bridges between manufacturers and the aftermarket, ASA is ensuring the long-term viability of independent repair. One cannot overstate the historical significance of this covenant.”

But within days, a number of other groups that along with ASA had been pushing for federal legislation that would require the OEMs to make service repair information and tools available to non-dealerships were questioning the value of the ASA agreement and saying they would not halt their legislative efforts.

Under the ASA agreement, two OEM trade groups representing a total of 35 automakers have committed to provide independent repair shops by August 2003 the same service and training information available to franchise dealerships. ASA and the automakers said the agreement nullifies the need for legislation mandating the release of the information.

Backers of the legislative mandate, however, say it is needed to ensure the automakers comply.

– As reported in Autobody News. Though federal legislation mandating the release of the information by the automakers was never passed, a law later enacted in Massachusetts did. That, coupled with the ASA agreement, has led to general agreement that the automakers have done a reasonable job making information available to the aftermarket.

10 years ago in the collision repair industry (November 2007)

In the week prior to State Farm launching a test of an electronic parts procurement program with its Select Service shops in San Diego and Indianapolis, a spokesman for the insurer said the company is considering what role it can play in streamlining other aspects of collision repair claims.

Improving such inefficiencies in the parts procurement process is the reason the insurer has launched its latest test program, Avery said, emphasizing that it is a test only. Select Service shops in the two markets are required to order parts using two electronic systems--- because not all auto manufacturers are using the same system---from dealers also using the systems.

State Farm has negotiated various discounts of about 3 percent off parts list prices from at least six of the largest auto manufacturers. Avery reiterated that the program has been designed to not cut into a shop’s parts profit. He asked shop owners at CIC to visualize the dollar amount of profit they currently make on a particular hood.

“When the discount that we have negotiated with the OEs results in a lower price for that hood, the amount that’s your profit dollars will remain the same,” Avery said.

The test is designed, Avery said, to see if the electronic parts ordering and pricing systems work, if dealers are willing to participate, and if it helps shops operate more efficiently by, among other things, reducing parts errors and returns.

In terms of State Farm’s additional involvement in other aspects of the collision repair business, Avery used an analogy of the threshold of the front door of his home; he said he interacts with some people who never cross that threshold, others who are invited in to the entry-way, and others invited in even farther, but that no one but family goes upstairs.

“That’s none of your business up there,” Avery said. “And I see it that way for the repair industry. That’s what we need to work through with the advisory council, drawing that line on what State Farm’s goal is on that threshold and what that business relationship is that you allow. I don’t want to go upstairs. I’m not interested in being in the house all the time, but if there are some advantages that we both see to be more efficient, I’d be glad to talk about that.”

– As reported in Collision Repair Industry INSIGHT. State Farm’s parts discount program was later scrapped, reportedly because of automakers’ decisions not to offer (or continue to offer) the discounts. But the program did pave the way for State Farm’s mandated use by shops of PartsTrader, which began in 2012.

5 years ago in the collision repair industry (November 2012)

During a panel discussion at SEMA, Michael Giarrizzo Jr. of DCR Systems, which operates collision repair shops for dealerships, said shops have ended up with office staffs of equal number to their production staffs in part because they segment out roles in the office, such as estimator and parts manager. But shops rarely need a consistent number of people in any of those positions throughout the week, he said. So by cross-training, shops can move staff based on the demands of the work at any given time.

“You may be a star wide receiver, but darn it, sometimes you have to go out and throw a couple blocks to make a difference,” said Giarrizzo, who spent four years with the Sterling Autobody Centers chain after it acquired his family’s 4-shop business in Ohio.

He also said that flat rate or commission pay structures are often based more on “management laziness” than innovative thinking. Giarrizzo said paying employees hourly does shift some of the risk to the shop if the supply of work slows. But that risk can be offset by the reward of fixed labor costs.

“You pay the same paychecks whether you fix two cars or 200 cars,” Giarrizzo said. “So getting to the break-even point is a bit more challenging. But after that break-even point, cash rains. You’re now dropping dollars to the bottom line at a rate of 55 or 60 percent of every dollar.”