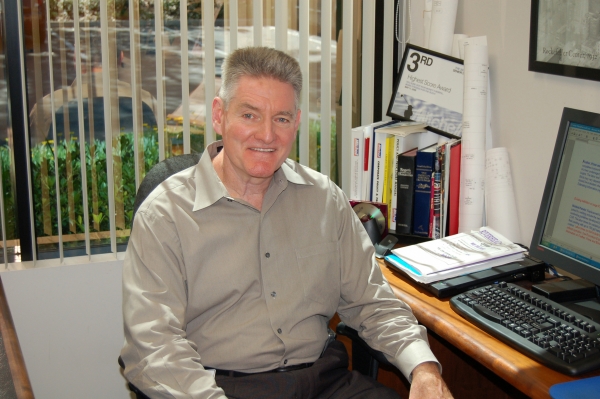 In 2007, Tom Fleming of Mitchell International said his company would participate in the Database Enhancement Gateway (DEG) project.

20 Years ago in the Collision Repair Industry (October 1997)

Gillis said that CAPA’s new standards officially went into effect in May of 1997.

“Parts produced after this date will meet the needs of today’s collision repairers,” Gillis said. “Furthermore, additional testing and inspections should result in more consistency in CAPA-certified crash parts. The downside is that the new standards are so tough that as many as 40 percent of the parts currently certified could become decertified. CAPA is committed to pursuing the new, more stringent standards in spite of the many parts to be decertified.”

15 Years Ago in the Collision Repair Industry (October 2002)

While insurers’ involvement in the collision repair industry may not be the cause of fraud within the industry, Doug Walsh says it does make it more difficult to eliminate fraudulent activity.

“You’re not in a free enterprise system,” Walsh, an assistant attorney general for Washington state, told attendees at the Collision Industry Conference (CIC), held in Seattle in mid-October. “The purpose of the free enterprise system is to have the consumer’s dollar chase the highest quality goods at the lowest price; that has nothing to do with your industry. The third party payer perverts it. The normal market forces are not operating. And as regulators, we’re confused about your industry because you’re finger-pointing between the insurers and the auto body craftsmen.”

Walsh’s comments came during a panel discussion on ethics and fraud within the industry, a discussion that raised at least as many new questions as it answered.

“If insurance companies and auto collision repairers can get together and recognize their responsibility to the insured and the customer, and work to fulfill that, that’s the only way your system can work,” Walsh said. “Because market forces are not going to get rid of businesses that aren’t doing that.”

– As reported in Autobody News.

10 Years Ago in the Collision Repair Industry (October 2007)

The DEG is a joint effort between the Alliance of Automotive Service Providers (AASP), the Automotive Service Association (ASA) and the Society of Collision Repair Specialists (SCRS). It aims to create a single industry website to submit requests for reviews when technicians question the accuracy or a labor time or identify missing, incomplete or incorrect data within any one of the three information providers’ estimating products. It also would allow users to view responses from the database providers.

“Mitchell welcomes the formation of the DEG project as a vehicle for the collision repair industry to voice concerns and issues about sourced data,” said Tom Fleming, vice president of industry relations for Mitchell.

“Mitchell’s announcement is very good news,” said Darrell Amberson, a member of the ASA database task force. “We met with all three information providers in June, and there was some hesitancy on their part because we are in effect critiquing their service tool.”

CCC Information Services is also supporting the project, while Audatex appears to be taking more of a wait-and-see attitude to be certain the project makes sense for its business.

– As reported in Auto Body Repair News. All three estimating system providers were eventually onboard with the DEG, and today the DEG website (DEGweb.org) now has a database of more than 11,000 inquiries (to which the information providers have responded) about labor times and other elements of the estimating systems. Fleming retired from Mitchell in 2010 after 25 years with the company.

5 Years Ago in the Collision Repair Industry (October 2012)

CAPA acknowledged that it found fit problems with a front bumper cover for the 2010 Chevrolet Impala and that it has notified the Taiwanese manufacturer, Y.C.C. Auto Parts, of the “non-conformances” and “will work with the manufacturer in order to verify that the deficiencies have been corrected.”

CAPA said it similarly found fit problems with a TYG Products rear bumper cover for the 2002 Honda Accord, has decertified the lot of those parts, and will work with that manufacturer as well to ensure the problems are corrected.

– As reported in CRASH Network (CrashNetwork.com), October 29, 2012. Gunder, who also was an outspoken critic of many insurance company practices, filing dozens of lawsuits against insurers over the past decade, sold his Lakeland, FL, business to Car Guys Collision Repair this summer.

View the embedded image gallery online at:
https://www.autobodynews.com/index.php/retronews/item/13738-flashback-state-regulator-recognized-15-years-ago-that-collision-repair-is-not-free-enterprise-system.html#sigProId6a29e4d619
More in this category: Retro News: Association Agreement with Automakers 15 years ago Seen as Key to Access of OEM Information »
back to top