On The Lighter Side: Volkswagen To Test Self-Driving System for Its Upcoming Electric ID. BUZZ Van

The long-awaited e-van from VW is set to start production in 2022.

Volkswagen Commercial Vehicles (VW) announced on Friday that its upcoming electric ID. BUZZ van is still on time for production in 2022, and that its autonomous version would hit the roads just a few years later in 2025.
The all-electric ID. BUZZ will be the company's first to also drive autonomously.

And this year, the company will carry out field trials in Germany, which will use the self-driving system by Argo AI in VW's future ID. BUZZ van version. 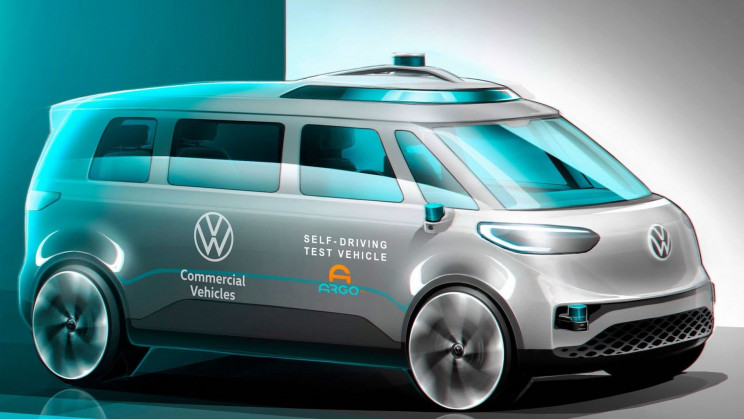 Argo AI is a company that specializes in creating software platforms for autonomous driving that VW and Ford have partnered up to equally invest in.

The main goal of turning the electric ID. BUZZ into a self-driving system is to increase carpooling and ride-hailing services, offer robo-taxi and vans services, as well as increase safety on the roads.

The company's Head of Autonomous Driving, Christian Senger explained "The aim is to develop a ride-hailing and pooling concept similar to what MOIA offers today. In the middle of this decade, our customers will...