On The Lighter Side: Happy 30th Birthday To These Cars 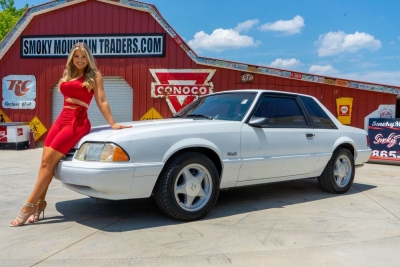 ...to an automatic transmission with overdrive. A/C, intermittent wipers, cruise control, 3 separate transmission modes for different driving styles, and sport seats are all included on this model. 100% legally imported from Japan. The 1991 Toyota MR2 Turbo was designed as a nimble, small car with a mid-engine, you could get for $20K off the Toyota dealership in 1991. This was a few years into the second generation of the MR2, and was a lot less boxy than the first generation. The style feels a little dated now, but it was progressive in the early 1990s. The 1991 Ford Mustang was quite a different design than the Mustang we know today. This body style is quite popular among drag racers for its sturdy rearend and more desirable weight distribution - plus, you can throw a lot of modifications at the 5.0-liter, and it won't flinch. This particular example is another pick from our inventory, and is a Mustang LX SSP with only 67K on the clock, and looks spectacular. The 1991 M3 marked the end of the first generation of production of the high-performance variant of the 3-series. Easily one of the most popular German sports cars, the first run of the M3 continued to take down cars well beyond its time.
What's your favorite car that turned 30 this year?