On The Lighter Side: Dwayne Johnson & Tom Hardy Top Most Exciting Movie Car Chases---According to Science 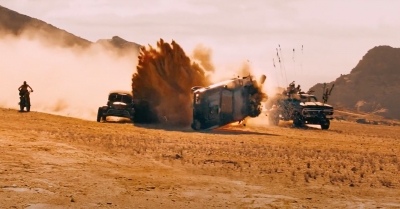 ...features the scientifically most exciting car chases ever made.

As a result we decided to break down the franchise to find the most "fast & furious" Fast & Furious movie and actor. So, if you’re in the mood for some high-octane, diesel fueled action, our study found that Fast & Furious 6 is scientifically the most exciting of the franchise, with its car scenes increasing audiences heart rates by 31%.

The Fast & The Furious: Tokyo Drift, the black sheep of the franchise, scored lowest on the list of excitement.

Key highlights from the Furious franchise:

Dwayne "The Rock" Johnson topped the list as most 'fast & furious' actor in our study, with movies featuring "the people's champ" ranking as 9% more exciting, 9.4% higher rated and a staggering 309% higher grossing than Furious films without The Rock in them.

More details on the methodology, graphics and also interactive embeddable tables (happy to change up any colours to make them fit your style), can be found on the study page at: https://www.money.co.uk/guides/most-heart-pumping-car-films/