On the Lighter Side: JAXA and Toyota Team up to Launch a Manned Moon Rover by 2029 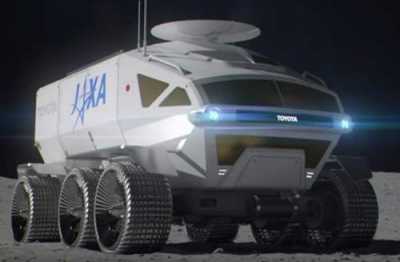 One that will most likely become a reality by 2029, as Japanese automaker, Toyota, and the Japan Aerospace Exploration Agency (JAXA) have teamed up to launch their Moon Rover.

The Moon Rover will be a pressurized vehicle to assist Japanese astronauts to navigate up in space, and more specifically, the moon.

The three-year agreement will see the two companies working closely together to create a pressurized lunar rover. The rover will utilize fuel-cell electric-vehicle technologies. In a statement on July 16, Toyota representatives said, "Over the course of the three-year joint research period, JAXA and Toyota will manufacture, test and evaluate prototypes, with the goal of developing a manned, pressurized lunar rover and exploring the surface of the moon as part of an international project.”

Ahead of the start of the agreement, which began in June this year and runs until the end of the fiscal year in 2021, Toyota created its Lunar Exploration Mobility Works department.

The soon-to-be 30-man strong department's sole purpose is to work on this project.

Within this time frame, Toyota and JAXA aim to build the prototype, design the flight model, and two years later test out the model. In 2027, their aim is to actually test the flight model.

2029 will see the ultimate launch.

"The rover will be used for missions to explore the moon's polar regions, with the aim both of investigating the possibility of using the moon's resources -- such as frozen water -- and of acquiring technologies that enable exploration of the surfaces of massive heavenly bodies," said Toyota's representatives. The moon rover may not only be useful for Japanese space explorers.

If we look at NASA's 2024 lunar south pole astronaut launch, where the plan is to develop a research outpost in the region, as well as the European Space Agency's similar goals of creating a potential 'moon village' on the moon's south pole, then these rovers may come in handy.