On the Lighter Side: Historic Ferrari Worth Millions Stolen During Test Drive 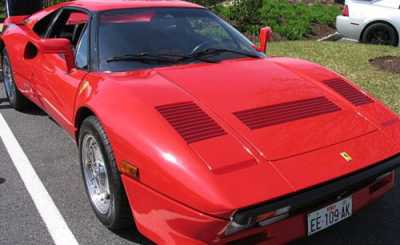 Ferrari 288 GTO, much like the one that was stolen. Courtesy of ilikewaffles11 CC BY 2.0

A stolen Ferrari was reported in a daring theft in plain view.

A 1985 Ferrari 288 GTO, considered a “historic vehicle,” went on quite a test drive recently–one lasting more than 24 hours–until the stolen car was recovered, hidden in a garage in a small German town. The car is valued at more than $2 million.

It all began when a vintage car dealer was approached by a man saying he was interested in buying the Ferrari and over several weeks negotiated a test drive with the seller, Düsseldorf police said in a statement.

The Ferrari 288 GTO is a limited edition, exotic variant of a production Ferrari car, the 308 GTB, reported CNN. Just 272 of the cars were produced between 1984 and 1987 to compete in the Group B Circuit Race, a version of the popular Group B Rally circuit. “The series was canceled before it even started, but the 288 GTO is now one of the most sought after Ferraris from the 1980s,” according to CNN. The owner of the 288 GTO drove the car for the first part of the test and when the two jumped out to swap seats, the thief accelerated and drove off. “In the days after the theft, it was revealed that former Formula One driver Eddie Irvine previously owned the car, which inevitably adding to its value and desirability,” said Car Scoops.

Similar vehicles to the 288 GTO are frequently listed with prices of more than $3 million. They are often sold through specialist auctions such as Sotheby’s. This car did not have a large auction house overseeing its sale. The distinctive car– in bright Italian “Rosso Corsa” red–did not stay missing long. It was quickly found after police appealed for witnesses. The vehicle was discovered hidden in a garage in the town of Grevenbroich, not far from Düsseldorf.

Peter Haynes, a spokesman for specialist auctioneer RM Sotheby’s, told CNN: “It is not a very sensible car to steal because it is a very difficult car to sell. It is like a famous painting—most people would find it quite easy to identify.”