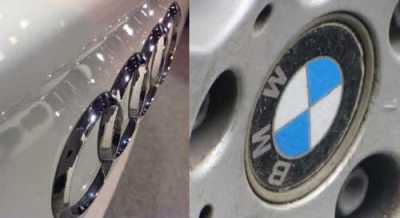 We’d all love to own one of the world-famous cars, but hardly a few of us know what their names mean and stand for.

Do you know that Aston Martin is derived from Aston Hill, where the founder lived?

Knowing the origins of car brands is quite fascinating and helps us understand why the particular title was given.

This list of 15 famous car brands and their origins will give you a good insight into how these companies got their names.

The name Aston Martin is derived partly from the name of its founder, Lionel Martin and Aston Hill, where he lived. In 1914, the company headquartered in London got its name. Lionel was obsessed with luxury, beauty, and performance. He gave more impetus for perfection in all three key parameters and so the iconic brand became synonymous with Hollywood celebs and movies.

In a meeting to disc the new name, his son suggested the Latin word “Audi”, which means “Hear”, similar to Horch in German.

BMW started its operation in 1912, is formed with the merger of 3 German companies.

The company’s name stands for Bayerische Motoren Werke AG, which means Bavarian Motor Works in German. After easing World War I restrictions, it became a full-fledged automobile company by manufacturing its first car “Dixi”, under license from the Austin Motor Company.

In a meeting to disc the new name, his son suggested the Latin word “Audi”, which means “Hear”, similar to Horch in German.

Cadillac is one of the earliest car brands in the US. Founded in 1902, it is known for manufacturing luxury cars. However, the company was later taken over by General Motors in 1909.

Chevrolet, also called Chevy, was founded in 1911 by Louis Chevrolet and William C Durant in Detroit as Chevrolet Motor Company.

Louis Chevrolet was a Swiss race car driver and automotive engineer. Chevrolet overtook Ford cars as people favored its tag line “a car for every purse and purpose."

Datsun is a Japanese company associated with the production of small and affordable cars.

Established in 1931, the name “Datson” was picked from surname initials of 3 partners- Kenjiro Den, Rokuro Aoyama, Meitaro Takeuchi. After three years, the company was taken over by Nissan. It has dropped “son”, as it means ‘loss’ in Japan and added “sun”- which has positive associations.

Nissan phased out Datsun in 1986 and in 2013 successfully re-launched the brand in developing and emerging economies. Everyone loves to own a Ferrari, a stylish and aerodynamically designed sleek sports car. The name Ferrari is christened after its Italian founder Enzo Ferrari, who was an official Alto race driver in 1924. In 1939, he quitted racing to build his own company.

Within one year, he built 1500 cm3 8-Cylinder 815 Spider, winning its first Grand Prix 1947. Today, Ferrari is synonymous with design, quality, style, and luxury, for both its commercial and Formula One cars.

Ford has left his first company Cadillac, and started his own car company with $28000 investment.

He perfected the mass production of cars by introducing moving assembly lines. This gave him the edge to cut the cost and offer an affordable car to the American middle class. His famous mass production car of 1908, Model T, sold more than millions over the next 20 years.

Later on, Ford made several acquisitions, including Volvo, Troller and FPV brands. Soichiro Honda, the founder of Honda, was a mechanic and had an acute interest in race cars. After the failure of piston rings supply contract with Toyota, he went on to study Toyota quality manufacturing process. Soon, he re-entered manufacturing and started mass production of piston rings with acceptable Toyota standards by 1941.

The company gained expertise in manufacturing motorcycles, internal combustion engines and cars over the century. Mercedes-Benz is the first petrol-powered car, invented way back in 1886.

Its name was originated due to Karl Benz, the founder of the German company. Emil Jellinek, an Austrian Automobile Engineer who created the trademark for the Daimler Motor Group, marketed its first product Mercedes 35 HP, after his daughter Mercedes Jellinek, in 1901.

The company went on to produce luxury cars, buses, and trucks.

Toshisuke Aikawa first founded Nihon Sangyo in 1928, in Japan. The name Nissan is formed as an abbreviation for Tokyo Stock Exchange as Ni-San. Though initially, the company was doing business in foundry and auto parts, only in 1933, Nissan started making automobiles. Porsche is the middle name of luxury sports cars and SUVs around the globe. The company was founded by Ferdinand Porsche in 1931, in Stuttgart, Germany. Porsche is the majority shareholder in the Volkswagen family. The England based company Rolls-Royce started its operations in 1906, with the collaboration of two businessmen Henry Royce and Charles Rolls. Both have actively shared their vision to build one of the best cars in the world.

Subsequently, Rolls-Royce entered in manufacturing jet engines on their own.

The Japanese company, Toyota was founded by Kiichiro Toyota in 1937.

Toyota is famous for the introduction of two major concepts in the automotive industry- Toyota Production System (TPS) and Just-In-Time (JIT).

Volkswagen means “People’s Car” in German. Founded in 1937, Volkswagen is presently the world’s largest manufacturer of automobiles, followed by Toyota. Volkswagen is a parent company, holding many popular car brands under its umbrella, including Audi, Bentley, Bugatti, Skoda etc.