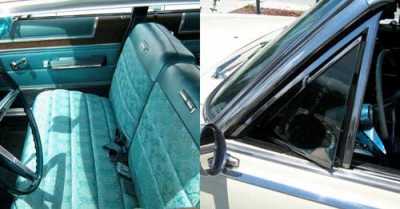 The credit to the invention of the automobile goes to many. However, Karl Benz is often credited for this revolutionary invention, essentially because his car was the most practical and qualified as the true automobile.

Ever since the invention, cars have undergone a tremendous transformation over the years.

From changes in car manufacturing and material usage to the type the engines, the modern cars that we see today have tightly embraced latest technologies to become more smart and safe.

We still don’t know how many drastic changes are yet to come in future to change the automobiles that we see today.

But with new features, older ones are required to be phased out. While many new features augment the capabilities of our cars, there are often some of the features that we would definitely love to have back.

Let’s look at such features that no longer exist in modern day cars. Who knows we might get a chance to see the advanced versions of these in future cars? After all, history repeats itself.

The dimmer switch used to control the brightness of lighting of a car was placed on the car floor from the 1920s. Along with the headlights, it was also responsible for the lighting the speedometer, battery, fuel capacity and temperature of the car.

The dimmer switched occupied the floor position for almost 50 years and was later moved to the steering wheel for easy access to the driver. Hearing of 85 mph speedometers might sound funny to this generation. But, during the 1970s cars were allowed to reach only a maximum of 55 mph, as a measure of safety and low fuel consumption.

The federal law was passed on this and the cars during that time came with an 85 mph speedometer.

Modern cars now have speedometers up to 160 mph, which is twice of what was allowed in the 70s.