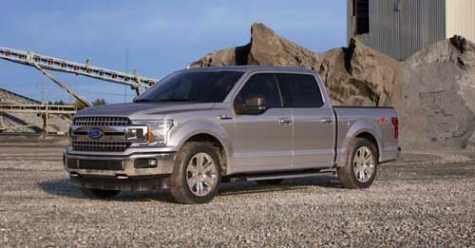 Ford is recalling almost 2 million pickup trucks due to a seat belt problem that may cause fires. The recall involves the best-selling vehicle model in the U.S.: the F-150 pickup.

Ford was moved to begin the recall after several trucks were reported to have fires, including three that engulfed and destroyed the vehicle. An investigation by the National Highway Traffic Safety Administration into the fires found more than 23 incidents where F-150 pickup owners reported “smoke or fire.”

No Deaths or Injuries So Far

The recall covers about 1.6 million pickups in the U.S., plus roughly 340,000 in Canada and 37,000 in Mexico, Ford said. The trucks have a problem with the front seat belt pretensioners that "can generate excessive sparks when they deploy."

"When sufficient sparks are present, gases exhausted inside the lower portion of the B-pillar by the pretensioners may ignite," Ford said in a statement. "If this gas ignites, components behind the B-pillar such as insulation and carpet may subsequently catch fire."

Ford Under Financial Stress due to Repeated Recalls

The recall will cost the American carmaker about $140 million. Dealers will repair the seat belt problem free of charge.

The news comes as a serious blow to Ford, who has been struggling to prove to investors that it can improve its future financial prospects. It’s the second major recall for Ford in less than a year.

The major car company lost a reported $267 million last quarter to recall and fix faulty door latches on 1.3 million F-series pickups, including the F-150. Ford announced earlier in the year that it would stop making passenger vehicles in the U.S. except for the Ford Mustang and the upcoming Ford Focus Active.

Ford management stated at the time that the company would be “focusing on products and markets where Ford can win.” Ford outlined that it plans to focus its North American markets on trucks, utilities and commercial vehicles.

Ford has experienced modest revenue growth of around 3 percent. In 2017, 77 percent of the total volume sold of Ford products sold in the U.S. was trucks and SUVs.