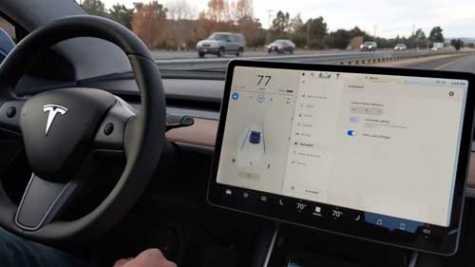 Tesla is expected to release the first features of its full self-driving suite with the rollout of Software Version 9.

The company teased some of these capabilities in the Q2 2018 earnings call, when Elon Musk and Stuart Bowers, a member of the Tesla Autopilot development team, discussed some of the features that would likely be included in the upcoming update. Among these are highway on-ramp to off-ramp capabilities, automatic lane changes and integrated navigation, to name a few.

It took a long time before Tesla was confident enough to announce that it would be introducing full self-driving features to its fleet. Over the years, Tesla had been gathering data from its fleet of vehicles, and in a July report, MIT’s Lex Fridman estimated that Tesla had acquired around 1.2 billion real-world miles on autopilot and approximately 7.8 billion miles in autopilot “shadow mode.” This translates to an immense amount of data that Tesla has been using to train its neural network. With enough training, Tesla’s neural network would be able to, in Tesla AI Director Andrej Karpathy’s words, gain an “understanding of what is around us and around the vehicle.”

Tesla might not be a prominent player in the self-driving market today, but the real-world data that it has gathered over the years will likely be a difference-maker once it starts introducing full self-driving features to its fleet. Nidhi Kalra, a senior information scientist for the RAND Corporation, previously noted that there is just no replacement for real-world miles like the ones that Tesla’s fleet is gathering every day because simulations like those utilized by Waymo to train its autonomous cars are a “simplification” of the real world.

The information scientist’s words appear to be ringing true. A report from The Information recently noted that Waymo’s self-driving car program is currently facing some difficulties in Chandler, AZ. Waymo is a leader in the self-driving car race, considering that its autonomous vehicles have driven a total of 5 million real-world miles and 5 billion simulated miles as of May this year. Despite this, reports from residents in Chandler, where Waymo’s autonomous cars are currently testing, show that even Google’s self-driving unit is having issues training its cars to interact with real drivers on the road.

Previous Page Read More »
Read 1264 times
More in this category: « Volvo Cars' 360c Autonomous Concept: Why Fly When You Can Be Driven? Ford Recalls More Than 2 Million Pickup Trucks Due To Fire Risks »
back to top