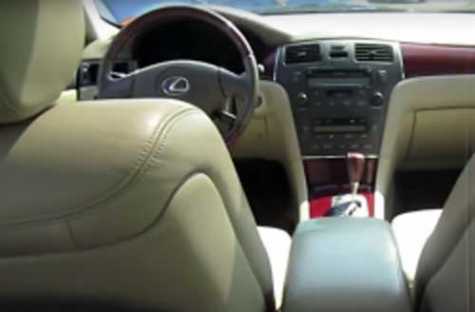 A Texas jury has ruled against Toyota in a lawsuit that alleges Lexus ES 300 front seatbacks collapsed and injured two children in the back because the seats were defective.

Toyota fought the suit by claiming the ES 300 wasn't defective, but the jury awarded a combined verdict of $242.1 million after finding the failure of the front seatbacks caused the children's injuries.

The crash occurred on Sept. 25, 2016, when Benjamin Reavis was driving a 2002 Lexus ES 300 on State Highway 75 in Dallas County, TX. His wife, Kristi Reavis, was in the front passenger seat, and their 3-year-old son and 5-year-old daughter were restrained in the back seat when the Lexus was struck from the rear by a Honda Pilot.

The children sustained skull fractures and brain injuries, among other permanent injuries.

The plaintiffs claim this chain of events never would have happened if the Lexus had been well-designed.

The nine-man, three-woman jury deliberated more than eight hours before finding Toyota had failed to warn about the seats, with $143.6 million awarded in punitive damages after jurors agreed the actions of Toyota amounted to gross negligence.

According to the plaintiffs, Toyota decided to protect front seat occupants from crash injuries like whiplash at the expense of rear seat passengers.

“This is a danger that Toyota has known about. This company has had plenty of time to design around these safety shortcomings or at least provide the public with warnings. Our children deserve better,” said Frank Branson, attorney for the family.

The plaintiffs are represented by the Law Offices of Frank L. Branson.

Read 673 times
More in this category: « Tesla Model 3 Almost as Expensive as Porsche 911 to Insure Volvo Cars' 360c Autonomous Concept: Why Fly When You Can Be Driven? »
back to top