Tesla Model 3 Almost as Expensive as Porsche 911 to Insure 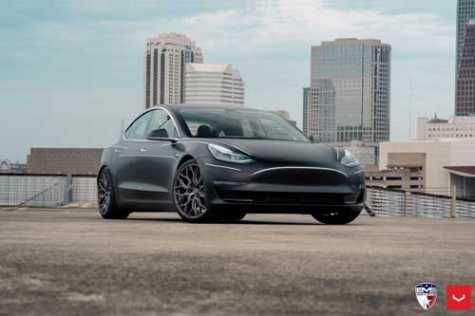 The most affordable Tesla so far---Model 3---is seemingly affected by high insurance costs, which on average are comparable to the Porsche 911.

The main reason for that is explained by the higher costs of parts for Tesla and Tesla’s body shop policy: “According to Gabi CEO Hanno Fichtner, the high cost of replacement parts and Tesla-specific body shops are major contributors to the high insurance costs. Collision insurance accounted for 49 percent of the insurance quotes collected in the Gabi analysis, and in some cases as much as 59 percent. Collision insurance accounts for only 40 percent of the cost of Gabi’s Porsche insurance quotes, on average.”

Tesla Model 3 buyers need to realize that over the course of several years of owning a car, they will spend considerably more on insurance than in the case of most other comparable conventional cars (in terms of size, class or price).

Here are a couple more examples of average insurance costs cited in the Automotive News article:

In 2017, AAA announced an increase in insurance prices for Tesla cars and it seems that not much has changed since then, despite Tesla launching its InsureMyTesla program.

“Tesla subsequently partnered with Liberty Mutual to create a product called InsureMyTesla, which Jon McNeill, then president of sales and service for Tesla, said ‘takes into account not only the Autopilot safety features but also the maintenance cost of the car.’

“Tesla owners have posted on a number of forum threads that InsureMyTesla’s costs are consistently higher than the competition. This summer, Tesla CEO Elon Musk responded to a tweet about the high cost of the product, saying, ‘Looking into this. Will fix if so.’”

Even though insurance costs may be on the high side, one should take into account other savings associated with the Model 3, like gas costs (lack thereof, actually) and lower maintenance costs.

Read 967 times
More in this category: « Top Automakers Are Committed to Advanced Technology $242.1 Million Awarded in Lexus ES 300 Seatback Lawsuit »
back to top