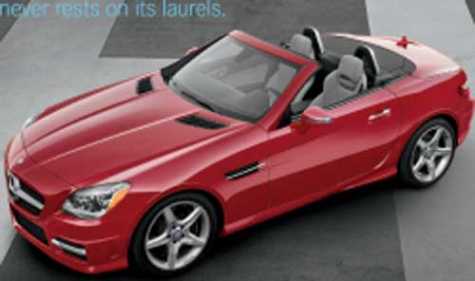 According to the plaintiffs, the proof Mercedes knew about the paint defect can be found in technical service bulletins (TSBs) issued to dealerships. In addition, Mercedes allegedly knew about the paint problems due to customer complaints filed with the automaker and with sites such as CarComplaints.com.

“After a couple days [I noticed] problems on the truck with the discoloration under the clear coat. Had it [checked] out to be sure the car had not been repainted. Took [it] to two collision centers, who confirmed that the problem was a factory/paint defect. Mercedes position is that my warranty has expired and although there are no recalls, other vehicles which are the Mars red color have been repainted by Mercedes because of a factory defect and my vehicle was purchased five months after the warranty expired will not be covered totally or partially for a repaint at all by Mercedes USA.”

The plaintiffs claim Mercedes sent dealers multiple service bulletins because of red paint peeling, flaking and bubbling, with the first TSB issued before 2014 for all vehicles with Mars Red paint. The bulletin (LI98.00-P-058914) was updated in June 2014 because the “[e]xterior clear coat finish is peeling, flaking or exhibits bubbles under the surface.”

According to the TSB, the cause of the paint problem was the “[i]mproper adhesion of clear coat” and dealers were instructed to “use damage code 98091L6” and “[r]efinish affected areas according to WIS and approved paint manufacturer instructions.”

According to the lawsuit, Mercedes dealers have been issued numerous "versions" of Mars Red paint TSB LI98.00-P-058914. On Feb. 3, 2017, Mercedes issued version 8 of the bulletin to update the damage code to 98292 01 that said dealers were to perform certain duties if the repair job was more than 30 hours in labor.