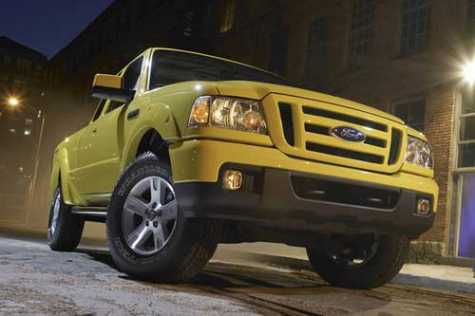 Last winter, Ford issued a “do not drive” warning to owners of 2006 Ranger pickup trucks because of potentially defective (and fatal) Takata airbag inflators.

A total of 36,330 of the trucks were initially issued the “do not drive order,” but this figure was later adjusted to 33,320. However, according to Automotive News and Ford spokeswoman Elizabeth Weigandt, the automaker has only repaired about 75 percent of the recalled trucks. Therefore, it has decided to take additional action in order to prevent drivers from experiencing possible serious injury.

Ford is now offering its dealerships a $1,000 bonus for each Ranger they locate and fix.

The Rangers affected by this recall were built from August through December 2005 at a now-closed Ford assembly facility in St. Paul, MN.

At least two deaths have occurred from the same production run of those Rangers, both of which involved a defective Takata-made airbag inflator. If you recall (honestly, how can anyone not), these defective inflators can explode in the wake of a frontal collision, sending metal shrapnel inside the vehicles’ cabin.

The Takata recall was one of the largest automotive recalls in history. As one of the consequences, Takata itself filed for bankruptcy protection in 2017, but the damage was already done. Without question, Ford is doing the absolute right and responsible thing here. Instead of hoping nothing bad happens, it’s taking direct action by offering its US dealerships some cash incentives. So if you or anyone else you know happens to own any of these affected Rangers, please get in touch with your local Ford dealership, who will be more than happy to give you instructions about what to do next.

We thank CarBuzz for reprint permission.