Good News: Your Tesla Model 3 Is Finally Ready. Bad News: It May Take Weeks To Get It Serviced 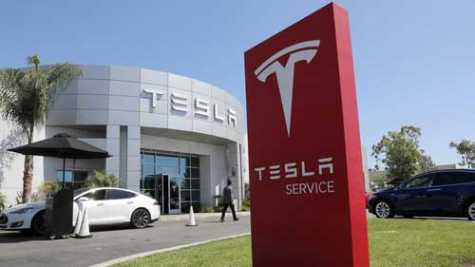 As Tesla ramps up its Fremont, CA, factory to escape what Elon Musk called “production hell” with its new Model 3 electric sedan, some customers are enduring their own state of suffering trying to get Teslas serviced.

Parts shortages, long repair delays and problems getting through on customer help lines have led to scenes of strife at Tesla’s service centers.

At the entrance to the company’s Dublin, CA, center recently, an agitated Model X owner was trying to drop his SUV off for repair. A Tesla service agent said he couldn’t leave the car there because the facility was too busy. He could make an appointment to bring it in another time, maybe in a couple of weeks.

“But I don’t want to drive it!” said Kaushal Bhaskar, a software engineer from nearby San Ramon who complained he sometimes couldn’t get the passenger door to open, while other times the door would open up all by itself---including once on the Interstate at highway speeds. “This is a safety concern for me!”

Another service rep was assisting Mike, the owner of a red Model 3 with door-lock problems who declined to give his last name. He’d lock the car, walk away, and it would electronically unlock itself. That caused him to alter his vacation plans.

“I couldn’t take it to Yosemite like that,” he said.

The agent said Mike would have to leave the car there awhile: “The amount of cases I’ve got right now is unbelievable.”

Service complaints are common at traditional automobile dealers, of course---even for new cars. But weeks-long waits for basic auto repair are rare, and months-long waits for body parts are practically unheard of for all but the most exotic vehicles because spare parts from automakers and after-market manufacturers are stocked in inventory.

But, he said, it’s not surprising that such parts aren’t a top priority right now at Tesla.

View the embedded image gallery online at:
https://www.autobodynews.com/index.php/oem-news/item/15965-good-news-your-tesla-model-3-is-finally-ready-bad-news-it-may-take-weeks-to-get-it-serviced.html#sigProId8d4862b04c
More in this category: « Ford Has To Pay Nearly $300 Million Because Of Fatal Takata Airbags Ford Explorer Carbon Monoxide Concerns Heard in Court »
back to top