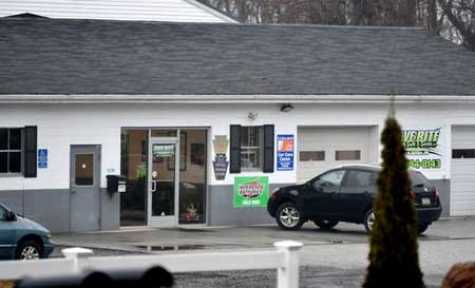 Three neighbors who live near Save Rite Auto Sales and Service in Newberry Township have asked a judge to reverse a 2018 decision by the township's Zoning Hearing Board that granted relief to the auto repair business.

Michael Haugh, Chadd Ettline and Anthony Balek each live in the 300 block of River Road.

Save Rite Auto, owned by Thomas Reed, is at 275 River Road.

The neighbors filed their appeal Dec. 26, 2018, at the York County Prothonotary's Office. After nearly a year of legal filings, the lawsuit was assigned to Common Pleas Judge Todd R. Platts for review.

Haugh, Ettline and Balek contend that Reed's two expansions at the business in recent years were illegal and have made it difficult for them to enjoy their properties because of paint fumes, lights and noise from vehicles driving in and out of the auto shop.

Reed bought the property at 275 River Road in 2012 and later approached the township to ask about expanding the business.

The township's zoning officer issued building permits to Reed in 2014 to add onto the existing repair shop and in 2016 to build an auto body shop, but never told him he would need to apply for a zoning variance or special exception.

After receiving complaints from neighbors, the township issued a violation notice to Reed on July 18, 2018, for not having the proper zoning allowances.

Reed appealed the violation, citing the fact that the township had issued building permits for both of his expansions.

So the zoning board held a hearing Sept. 28, 2018, at which the township admitted its former zoning officer had issued the building permits erroneously.

Previous Page Next Page »
Read 574 times
back to top