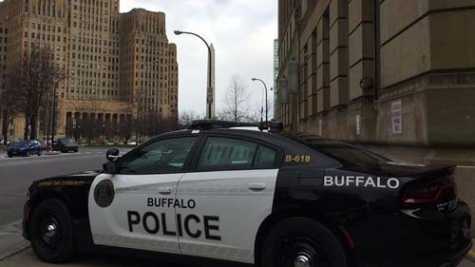 Looking to address its vehicle shortage, the Buffalo Police Department plans to lease several new vehicles instead of purchasing them.

Police were given funding in last year’s city budget to purchase 14 new vehicles, but officers at the Police Oversight Committee meeting revealed they’ve yet to do it. They said it’s because they’ve decided to lease the vehicles instead.

“So, we’re in essence adding 12 additional vehicles by reserving that money to apply toward a lease as opposed to a purchase,” he said, adding police could then purchase the vehicles as a reduced rate of roughly $5,000 once the lease is over.

Proposals on a lease deal were due Friday, Jan. 10. Officers now plan to review the proposals and select one. The Common Council would then have to approve the deal.

Council members expressed some surprise about the change in plan, but Council Member Christopher Scanlon said they’ll likely approve the lease deal as long as it truly saves money.

“We’ll follow up to make sure that number is accurate and if those are enough to operate,” he added. “We just want to make sure there’s enough vehicles for the men and women of the Buffalo Police Department to get out and provide the public safety that we have to.”

Buffalo police have 190 vehicles, but 56 are currently out of service and in need of repair, officers said.

The Buffalo police union has criticized the department for the vehicle shortage, saying it sometimes makes it difficult for officers to respond to incidents. Buffalo Police Benevolent Association President John Evans told WBFO in November that the department needs about 60 new vehicles.

Police also face a mechanic shortage at their Seneca Street garage. There are currently six mechanics and three openings, according to Rinaldo. That doesn’t include the garage’s superintendent and couple supervisors, he added.

Previous Page Next Page »
Read 479 times
back to top