Oh Deer! It's That Time of Year on the Roads in MD 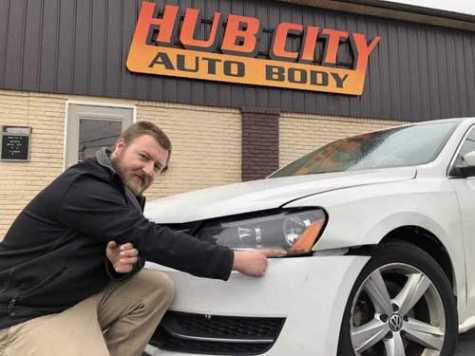 It’s that time of year again.

The leaves are falling. The days are getting shorter. And more and more deer are running in front of vehicles on Maryland’s roadways.

“Fall is the busiest season for deer hits,” he said.

Whittington said deer are more active this time of year because they’re mating. Also, hunters are driving the animals out of forests.

Depending on the extent of the damage, he said, deer strikes typically take up to three weeks to fix and can cost about $3,000 on average.

According to the Maryland Department of Natural Resources, 9,976 deer were killed by vehicles across the state in 2016, the latest year for which statistics are available.

Montgomery County led the list with 3,676 kills. Worcester County had the fewest with 21. Washington County’s ranked seventh-highest with 350.

“A collision with a deer, or other animals, can put a serious dent in a vehicle, if not destroy it completely,” Averella said. “Tragically, the true cost goes far beyond vehicle damage. Each year, motorists are injured, and sometimes killed, in these crashes."

She said motorists also should be on the lookout for black bears, especially in Western Maryland.

Averella said drivers who strike a deer should call their insurance agent and take photos of the deer and the vehicle to document the crash.