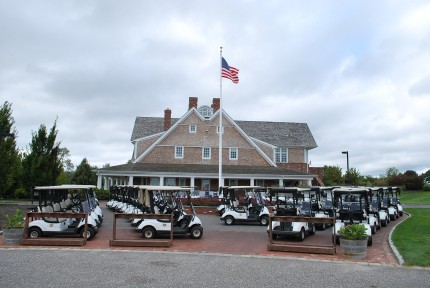 The cool weather made for a relaxing round of golf for over 100 players. LIABRA executive director Ed Kizenberger noted, “This facility was chosen by golf committee chairman Paul O’Connell because of its excellent golf course and outstanding catering facility. The course is long but relatively wide open, it is beautifully landscaped and maintained, and it provided a very enjoyable round of golf for both beginning and experienced golfers.”

As sign-in began at 10AM, volunteers greeted golfers who indulged in a brunch buffet before warming up on the putting green and driving range. The full-scramble game began at noon with a shotgun start, and contestants enjoyed a variety of challenges on the course, including hole-in-one, longest drive, closest to the line and closest to the pin, with winners receiving gift certificates. On hole #8, Courtesy of Competition Infinity offered a 2016 Q50S Infinity as a hole-in-one prize for the par 3 hole. 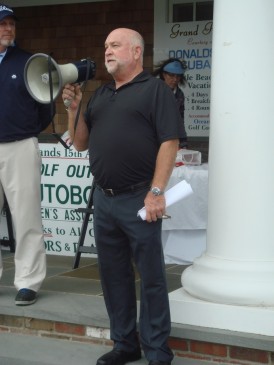 Throughout the course, volunteers sold raffle tickets and kept the game’s progress going. At the 17th hole, Baiting Hollow Golf Course treated attendees to fresh Long Island clams on the half shell, and each player received a ticket for a complimentary Bloody Mary.

When gameplay ended around 6PM, players gathered in the clubhouse for an open cocktail hour and appetizers before a buffet dinner. Following dinner, the raffle drawing for hundreds of prizes began during coffee and dessert, with Kizenberger and Kizenberger Jr. spending the rest of the evening distributing prizes to nearly everyone present. Jack Folger of Center Island Collision Center won a 40-inch LED television courtesy of LIABRA, and LKQ Keystone’s Dan Kern won the grand prize, donated by Donaldson’s Subaru: an all-expenses paid, four-day golf trip to Myrtle Beach, SC. 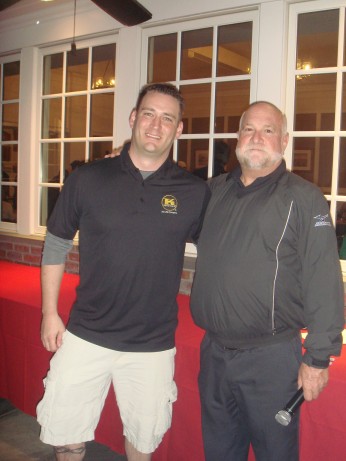 “This was a terrific tournament; everyone enjoyed today, and we received nothing but positive comments about the tournament. Golf Committee Chairman Paul O’Connell is already planning next year’s tournament; don’t miss it!” Kizenberger said. “LIABRA would like to thank all the golfers who participated in the outing, the volunteers for their help and all the sponsors who were so generous with their raffle prize donation and financial support, especially Donaldson’s Subaru for the grand prize of the golf trip to Myrtle Beach and Competition Infinity for the hole-in-one prize. Many thanks to Paul O’Connell for his untiring efforts on behalf of LIABRA.”

On October 18, LIABRA will hold a free I-CAR technology event showcasing the future of collision repair at the Hampton Inn in Commack, NY. Attendees will have the option of two identical sessions to explore new technologies and repair techniques: from 6-7:30PM and from 8-9:30PM. Owners and technicians are welcome, but space is limited, so those interested in attending must RSVP to Flo at (516) 665-9483.