ARA-NY's 54th Annual Convention and Tradeshow is a Success 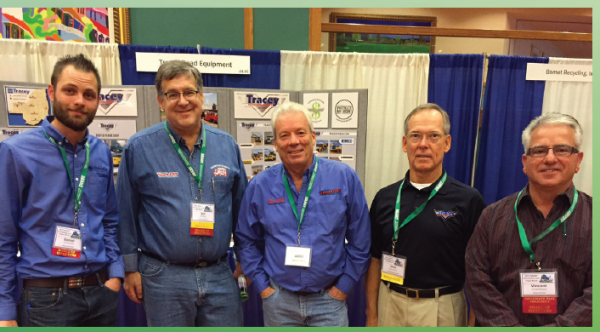 Attendees network with vendors on the tradeshow floor

On November 5-7, ARA of NY held their 54th Annual Convention and Tradeshow at Adam's Mark Hotel in Buffalo, NY. During the event, they also held their Second Automotive Recycling Leaders Summit, which attracted 40 industry leaders from seven states and Canadian provinces.

New ARA President Mike Swift was in attendance, and noted, "It was a very well-run event. The first day I arrived, we had a summit where we could openly talk about a lot of topics, such as the future of auto recycling, recalls and the future of associations. In terms of hospitality, it was an event second to none that I have attended. What a great way to kick off my new role as ARA President! I was also very impressed with the number of younger auto recyclers who have taken the step to be in leadership roles. I've heard how great ARA-NY was, and was thrilled to experience that in person I met some great auto recyclers and gained some new friends."

During the Summit, one of the major points addressed was the importance of promoting who the association is and what it does in order to be successful. Attendees also discussed the importance of providing staff with quality training to ensure the future of the industry. Finally, association members decided that collaborating with neighboring states to produce a tradeshow makes a lot of sense as it reaches more people and creates more of an attraction.

In addition to plenty of networking opportunities, ARA-NY's 54th Annual Convention and Tradeshow provided tons of useful information on a variety of topics related to the auto recycling industry. Some topics included tire and wheel sales, marketing, OSHA audits, and much more. The purpose of this event, according to Swift, was to "educate the members, non-members and vendors. I always learn something at an automotive recycler event. This event was well-attended, and all of the positive attitudes really got me fired up!"

He said the presence of industry vendors at the tradeshow and the many sponsorships by vendors helped make the tradeshow such a success. Swift observed, "We have some of the best vendors in any industry. These vendors become friends and are a very big part of helping auto recyclers succeed in their businesses."

During the event, ARA-NY also introduced their 2015-2016 leadership team. Shannon Banks will serve as president with Casey Cornell acting as vice president. The role of treasurer will be filled by Randy Howard, Daniel Marks is the association's new secretary, and Matthew Fink will serve as immediate past president of ARA-NY. The association also recognized the inaugural recipients of their new Automotive Recycling Employee of the Year Awards: Alex Merlino, Sales Professional at Mark's Auto Parts in Buffalo and John Jones, Warehouse Foreman at Don's Automotive Mall in Binghamton.

Next year's convention and tradeshow will be held October 6-8, 2016 at Turning Stone Resort and Casino in Verona, NY.