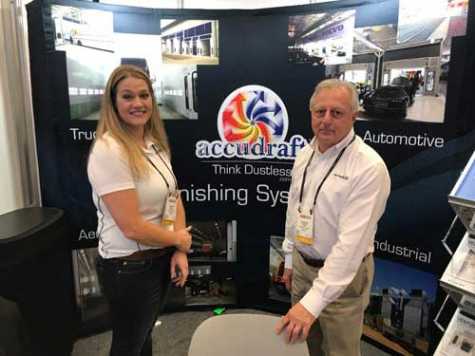 U.S. and international new car dealers, commercial truck dealers, automaker executives and allied industry professionals from 37 countries converged in the City by the Bay for four days of work and fun.

At the start of the show, NADA forecasted sales of 16.8 million new cars and light trucks in 2019.

“We expect the sales momentum to continue this year,” said Patrick Manzi, NADA senior economist. “The 2019 auto show season kicks off in Detroit. Dozens of new vehicles, with auto show rebates and incentives, will soon arrive in dealer showrooms across the country that will appeal to consumers and spark auto sales during the first quarter.”

“One of the main factors of this shift has been continued low oil and gasoline prices, and the fact that crossover utility vehicles are nearly as fuel efficient as their sedan counterparts," Manzi said. "And we’ve seen fuel economy increases across the board, not just on crossovers but also traditional SUVs and pickups.”

Manzi also said he expects gasoline prices to remain low enough this year to not cause a panic and a consumer shift back to the car market.

When NADA comes to a city for its annual show, it always leaves a little something behind as its way of saying thanks. This year, the organization donated $50,000 to the San Francisco-Marin Food Bank to assist with the purchase of a new, refrigerated commercial truck.

“We couldn’t be more thrilled to receive this generous donation,” said Paul Ash, executive director of the San Francisco-Marin Food Bank. “Our trucks are the lifeline of our entire operation, and I can tell you that this new truck, courtesy of NADA, will be put into service immediately to help feed the thousands of people who rely on us for healthy meals each day.”

NADA’s donation helped complete the purchase of a 2019 Kenworth T370, a 24-foot fully refrigerated box truck that will be used for pick-ups and deliveries in the food bank’s network of 270 pantries.