ARA’s 2018 Hill Days and State Legislative Summit Is Most Successful Yet! 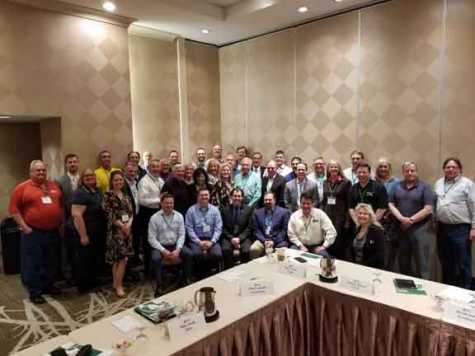 Members of the Automotive Recyclers Association (ARA) from around the United States gathered in Washington, DC on April 9 and 10 to participate in the association’s annual Hill Days and State Legislative Summit.

ARA President David Gold called this year’s event “one of the most informative and productive Washington D.C. events yet.”

“Recyclers from nearly two dozen states participated in over 60 Congressional appointments to ask their federal representatives for assistance in putting pressure on the National Highway Traffic Safety Administration (NHTSA) to implement a 2015 federal law requiring automakers to provide OEM parts data for recalled parts,” he said.

“The Congressional feedback from the ARA member visits has been astounding, and ARA staff has already met with numerous Congressional offices to follow up on the issue. We have several more meetings scheduled for the coming weeks.”

ARA Director of State Government and Grassroots Affairs Jessica Andrews shared, “Attendees spent additional time focusing on the impact that OEM repair procedures are having and will have on the recycled parts market, relationships with environmental groups, electronic reporting and the continuing problem of illegal dismantlers. The success of the state of California's government-backed task force on illegal dismantling was reviewed and is a great example to other states. During this same time, a delegation of Canadian recyclers visited the Canadian embassy along with ARA staff to discuss a variety of issues impacting recyclers on both sides of the border.”

For more information on the association, visit www.a-r-a.org.