The Midwest Automotive Media Association (MAMA) kicked off the Chicago Auto Show by announcing the 2015 Chrysler 200 captured its coveted "Family Vehicle of the Year" award. 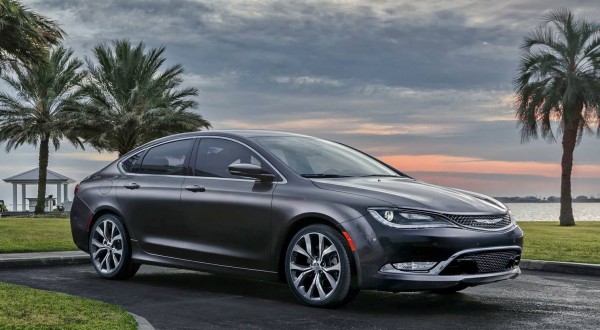 The Midwest Automotive Media Association (MAMA) announced at the Chicago Auto Show that the 2015 Chrysler 200 won the "Family Vehicle of the Year" award.

MAMA is a nonprofit group of more than 200 automotive journalists and industry professionals who developed the award to help consumers make a wise purchase decision when it is time to shop for a family vehicle.

"We are delighted that the new Chrysler 200 has been chosen 'Family Vehicle of the Year' by the Midwest Automotive Media Association, whose members evaluate dozens of new vehicles throughout the year," said Al Gardner – President and CEO, Chrysler Brand – FCA US LLC. "The 2015 Chrysler 200 was developed to be the benchmark for mid-size sedans with a timeless, elegant design; clever functionality; a standard nine-speed automatic transmission; a class-leading available all-wheel-drive system; 60 safety and security features and a host of new technology drivers and passengers will value. It is a sedan that drivers will be proud to own, at a value they will appreciate."

To qualify for the award, vehicles must have four doors, have a starting U.S. Manufacturer's Suggested Retail Price (MSRP) of less than $50,000, appear at one of MAMA's two annual rallies and be new or significantly updated within one year of the 2014 Spring Rally, which took place last May. The MAMA spring and fall rallies feature up to 100 manufacturer's vehicles for journalists to drive and evaluate.

"We know how important it is, and how difficult it can be, to pick the right family car," said Patrick Olsen, MAMA President. "This award helps give consumers a chance to see the car that nearly a hundred automotive journalists –many with families themselves -- selected as the best choice for families in 2015."

A total of 99 journalists voted the 2015 Chrysler 200 the winner, awarding it 79 points. The second place vehicle finished with 73 points and the third place vehicle was awarded 68 points.

The U.S. Manufacturer's Suggested Retail Price (MSRP) for the vehicle is $21,800 (excluding $995 destination).

Read 816 times
More in this category: « Taking Technical Knowledge into Daily-Life in Newton, KS AASPI Responds to CNN Report »
back to top