Most of the collision industry in Missouri is familiar with David Tritz, because he knows the business inside-and-out and isn’t afraid to share his expertise and express his opinions. A 59-year-old second-generation body shop owner, Tritz is always looking for a better way to fix cars and to make a profit, which has become harder and harder over the years. 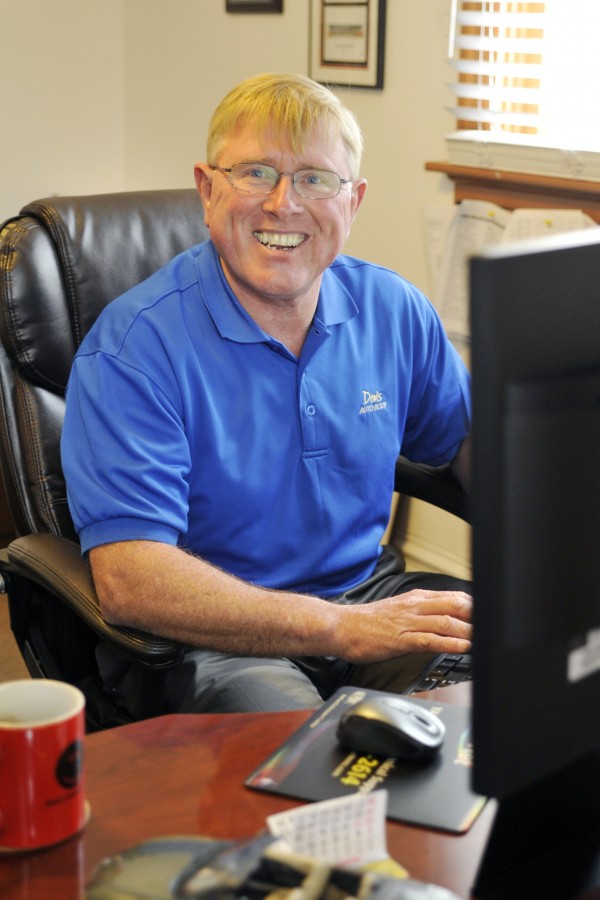 David Tritz, owner of Don's Auto Body in St. Charles, MO said many shops fail by not charging enough to cover their costs, which means they're just trading dollars.

A 40-year veteran of the collision repair industry, Tritz grew up at Don’s Auto Body in St. Charles, MO, which opened in 1969 when his father purchased the business. While other kids were playing after school and during their vacations, Tritz was learning the collision game from the bottom, by sweeping the floors, sanding cars and whatever elese was needed.  In 1974, he started working at the shop full-time, absorbing as much information as he possibly could. Calling him a “lifer in this business” and proud of it, Tritz now has his son Adam managing Don’s Auto Body. Although dad is not going to retire any time soon, he’s happy to see how well Adam has done in his role as the company’s GM.

We sat down to discuss several aspects of the body shop business, but the conversation kept going back to the one topic that most shop owner can never get enough of—profits. “Where do we start?” Tritz said. “We could talk about profits all day long, because there is a broad spectrum there.  First you have to define profits by determining where the term profit comes from, because that’s the bottom line.  If you’re going to try and improve profits then you really need to drill into the different departments that make those profits possible.  So in our industry the profits come from about three or four different income streams, whether it’s labor, parts, materials or sublets."

Should a shop squeeze more money out of its labor to makes its numbers? “The one area that people seem to focus on the most is the labor end of it, because that is where the vast majority of their sales come from,” Tritz said. “So where do you increase your profits on labor and if so, what are the numbers you want to hit? And that’s where Key Performance Indicators (KPIs) come into play. Over the years, we started hearing more and more about KPIs, to the point where there are literally hundreds and hundreds – it kind of gets lost in the mix. So there are standards for gross profit that shops should devise within certain departments. They’re not the law, but they’re guidelines and they’re good to know for if and when you adapt them to your particular business.”

Marking up parts can be a big profit center if it’s done correctly, according to Tritz. “The secondary area where profits are achieved is parts. Parts are becoming more of the overall repair ticket. So it becomes really important for the operator to understand the metrics, percentages and importance of gross profit dollars achieved through parts purchases."

“Here’s a thing that just came to light within the last 60 days and then it vanished. GM announced that they were going to discontinue sharing list prices with the information providers – in other words ADP, CCC, Mitchell and whomever else might be out there.  So if there aren’t any list prices basically it’s going to be cost plus, just like with used parts. That’s a big deal in our industry. After announcing this, GM must have re-thought it, because they just bailed on it. They just stopped within a week after making the announcement and said we changed our mind – ‘we’re going to postpone this until sometime in the future.’ I don’t know what happened there but some people said ‘Hey this isn’t going to work’ and I don’t know if it was the insurance industry or the suppliers, but I guarantee that once they start that system it’s going to be more and more important for shop owners and operators to understand the importance of their profit dollars on parts in relationship to overall gross profit.

“And then again it becomes important to know that KPI number, whether it’s 25%  or 40% or whatever it might be. But the reality is that parts will definitely be going up as a percentage of total sales. Labor is going down and parts will be going up. If you had a $1,000 ticket say 10 years ago, you could maybe say that you had somewhere close to 50% in labor and maybe somewhere 30-35% in parts and other miscellaneous items. Today what you’re seeing is more like 45-46% in labor and maybe 35-38% or even higher in parts. That sounds like a real good number as long as you understand it. If the OE’s discontinue list prices, another number that becomes really important for shop owners to understand is the difference between markup and discount, because it can make a big difference," Tritz said. “If you mark something up 43% you’re going realize a 30% gross profit, for example. And logically, if you mark it up 25% - you’re only going to get a 20% gross profit. That’s a whole lot different than a list price of $100 and then a 30% discount--those numbers are very important and it’s obviously going to impact the bottom line in a big way.”

Shops can be profitable, even during volatile times. “Can it be done—absolutely. With many shops, they look up at some point and say ‘Uh oh, I don’t have enough money to pay the bills, but we’re doing more work than ever.’ They’re not charging enough to cover their cost, which means they’re just trading dollars,” Tritz said. Many shops are looking for new sources of revenue to be more profitable. “So when we get into profits, it’s important to understand the revenue streams for your particular business, whether it’s parts and labor, materials or sublets. It could be PDR work, towing,  glasswork, detailing, whatever," Tritz discussed.  "Some shops are adding on other services in the mechanical line or something of that nature to try to get those profit dollars in there.  So you know it’s really not rocket science; it’s just a matter of understanding where the money comes from and then understanding how much money you need out of each department.  In the end, you may have to raise prices to hit the profit numbers you need.”

Admin costs can cripple some shops and Tritz is concerned about this recent development in the collision industry. “There’s another thing that’s kind of a pet peeve of mine and I call them administrative costs. The fact that it takes more and more administrative staff to process the same claim than it did several years ago is a concern for all of us and it affects profits. It’s a cost we didn’t have to deal with say five years ago and many of us have figured out a way to absorb them or eat them," Tritz said. "I advocate charging an administrative fee and having it as a line item on a repair ticket. Why do we have to pay for it, rather than passing it on to the insurance company or to the consumer or whomever, but the fact is that this cost must be absorbed or offset in some way, shape or form.”

"Before, you had four production people for one administrative person and it ran efficiently. But in today’s world, it’s closer to one to one. For every person touching the car you have somebody doing the administrative work, what we call a ‘non-productive’ employee. To me a ‘non-productive person’ or a ‘non-billable person’is somebody that doesn’t touch the car," Tritz added. "Should we markup these administrative costs? I would be willing at this particular point just to pass them on to either the insurance companies or the customers. I don’t believe that they need to be a source of profit, but I think we need to be reimbursed for them.”