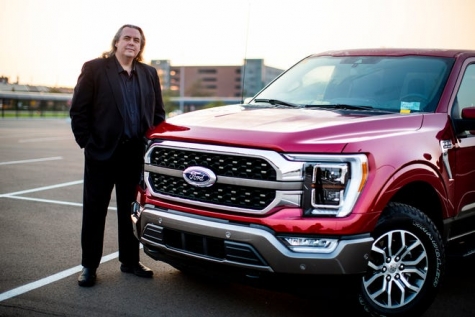 Ford Motor Co. is shutting down production of its highly profitable 2021 F-150 pickup trucks and Transit Vans for a full week in Missouri, the company confirmed Feb. 15.

"Due to unseasonably cold temperatures in the midsection of the United States, Ford was warned that the availability of natural gas could be restricted in the Kansas City area in the coming days," said Kelli Felker, global manufacturing and labor communications manager.

"To ensure we minimize our use of natural gas that is critical to heat people’s homes, we have decided to cancel operations," she said.

During the down time, they will receive approximately 75% of their gross pay.

Ford is the largest employer of hourly automotive workers in the U.S.

This winter weather storm is the latest disruption for Ford, which has had to cut shifts building the F-150 to accommodate a global semiconductor chip shortage.

Most recently, Ford cut a scheduled overtime shift at the Kentucky Truck Plant in Louisville on Feb. 13 that would have built Super Duty, Expedition and the Lincoln Navigator.

The F-Series is the biggest revenue generator for Ford, producing an estimated $50 billion in sales annually. The trucks are second only to the Apple iPhone in terms of branded consumer product sales.

Natural gas companies in Missouri have urged all customers in recent days to...