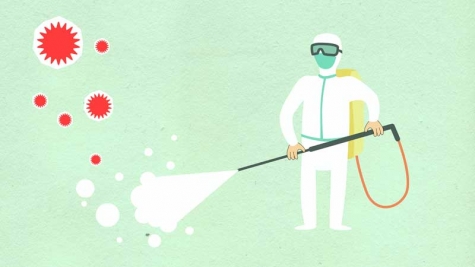 During a recent webinar, two Illinois shop owners shared their companies’ experiences during the pandemic.

Are insurers using current market conditions with fewer claims to lean on shops to be more competitive?

Illinois shop owner Joe Mayer briefly talked about “third-party payer pressures” during an Alliance of Automotive Service Providers of Illinois (AASP-IL) webinar in January focused on lessons from the pandemic.

“Whatever weakness in the industry they sense, they will try to take advantage of,” Mayer, owner of Mayer’s Collision Center, said of insurers. “Those in power are starting to squeeze, and when things turn around, they don’t like to give up whatever they picked up.”

Mayer was one of two Chicago shop owners who shared their experiences with the pandemic during the webinar. Mayer said when work fell off last spring, he laid off four employees, until a PPP loan allowed him to bring them back to work.

“After his second day back at work, one of the fellas was very ill and coughing. He didn’t look good. The guys brought it to my attention,” Mayer said.

The employee was sent home with pay for two days until his test results came back positive, and he was then off work for a month.

“Fortunately, the guy was a prepper, and sort of worked out on his own,” Mayer said.

Mayer and the rest of his staff all tested negative. When the employee returned to work after two negative tests, “it was spring and I had him outside painting fences,” Mayer said.

That experience early in the pandemic may have been a positive thing, Mayer said, “because it made us diligent about how to handle any outbreak, and stay ahead of the curve, and we’ve been fortunate to this day.”

The other shop owner speaking on the webinar, Bob Gottfred of Erie-LaSalle Body Shop in Chicago, said in the early weeks of the pandemic last spring, he “was feeling pretty invincible until all of a sudden all hell broke loose here at both of my shops.”