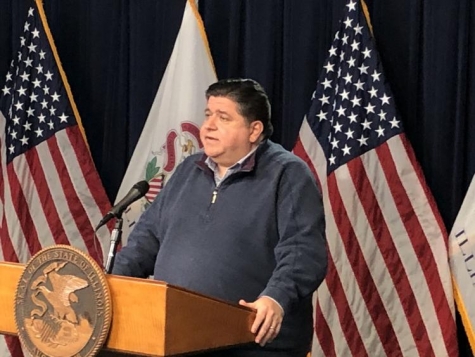 Under Gov. J.B. Pritzker's COVID-19 rules, the state's 11 regions were under four different classes of mitigations on Jan. 18, leading to some confusion among lawmakers and local officials.

As of that afternoon, Pritzker's office said Regions 3 and 5 of the state are in Phase 4 without any tiered mitigations. That allows limited indoor dining at 50% capacity, larger group sizes and other relaxed restrictions.

Region 1, 2 and 6 are in Phase 4 Tier 1 mitigation, which allows some indoor dining, but has other restrictions.

Gaming and casinos are allowed, as are cultural institutions like museums. Meetings are limited to 25 guests and there are no party buses allowed in Tier 1.

Regions 8, 9, 10 and 11 are under Tier 2 mitigations that don’t allow for indoor dining, but allow gambling and casinos. Gatherings are limited to ten people.

Information about the regions and the tiered mitigation can be found at the Illinois Department of Public Health's website.

In Rockford, which is now in Phase 4 Tier 1 with indoor dining allowed, state Rep. Joe Sosnowski said some restaurants have been defying the prohibition for months. He said the COVID numbers have gone up and then down and there’s no science behind continued prohibition. Sosnowski said he hears more frustration from his Democratic colleagues.

State Rep. Fred Crespo, D-Hoffman Estates, said restaurants are ready to do it right, but...

...the governor isn’t listening to the industry, or to state lawmakers.

“I think if the administration were to listen to those restaurants, there might be a happy medium, somewhere where they can meet and the restaurants can somehow stay afloat,” Crespo said.

Region 3 was in Tier 3, but Springfield Mayor Jim Langfelder said they’ve moved forward with some indoor service anyway. Jan. 18, the region leapfrogged Tier 2 and 1 to be in Phase 4 without any tiered mitigation.

Pritzker worried about community spread Jan. 15 in areas not abiding by his rules.

“It is dangerous to reopen in an environment in which you haven’t reached the metrics that have been set out by the doctors, by [Illinois Department of Public Health], epidemiologists and sciences,” Pritzker said.

“There hasn’t been a clear picture on this,” Murphy told WMAY. “I can understand why people are confused because it’s very confusing.”

Murphy said it’s beyond time for the legislature to get engaged and impacted industries must be heard.

To address hospital capacity issues, the Pritzker administration said it "has launched a surge staffing program."

"The program leverages the state’s larger contracting power to engage multiple staffing vendors and create access to a talent pool at greater scale than any individual hospital could achieve," the administration said in a statement. "Hospitals with rooms available to increase capacity but lacking the personnel to staff their beds may partner with the state to procure the staff they need."

The administration also said it's keeping an eye on a variant of COVID-19 identified first in the United Kingdom.

"Experts are predicting another possible surge due to this new variant in the next several months," the administration said. "Because of this, it is vital for people to remain vigilant and continue to wear their masks, keep 6 feet of distance, avoid large gatherings and get vaccinated when they are eligible."

The governor's update did not include new information about the status of high school sports, which have mostly been put on hold since before fall semester.

Share This:
Read 226 times
More in this category: « Longtime Livonia, MI, Chevy Dealership Was Supposed to Close. Now It's a Top Seller Michigan Shop Remains in Family Following Change in Ownership »
back to top