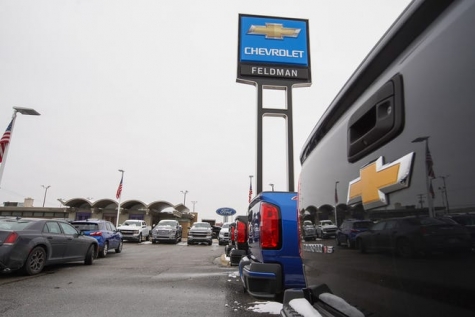 The Chevrolet store on Plymouth Road that bore his surname was barely making ends meet. It sold about 120 new and used vehicles a month despite its desirable location that could easily deliver double or triple that amount.

So that year, General Motors put it on the list of 2,400 U.S. dealerships it would terminate under federal bankruptcy protection over the next year.

The showroom was stale, the service area needed upgrades. The staff was downtrodden and defeatist, recalled Jay Feldman, owner of Feldman Automotive Group.

Yet Feldman saw potential in the store and its location. He would end up being the guy to team up with Tennyson to turn it around, restoring the dealership's revenue and Kit Tennyson's reputation.

"The best part for me was Kit. In everybody’s eyes he was going out of business," Feldman said. "But when he retired, he retired as one of the biggest Chevrolet dealers in the country, and I thought that was pretty cool. That was cool for his family.”

Christopher "Kit" Tennyson, who lived in Grosse Pointe Farms, retired in 2017. He died this past October of "a brief illness" at age 73, his obituary said.

His dealership, now called Feldman Chevrolet of Livonia, is part of Feldman Automotive Group, owned by Feldman. It has nine dealerships in Michigan and employs about 800 full-time and part-time employees. Jay Feldman's five Chevrolet stores sell the most Chevrolet vehicles in Michigan, GM said.

The store's success is a story of...