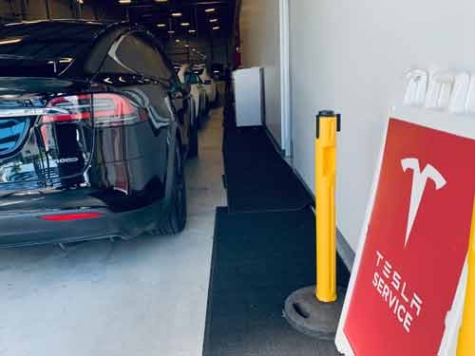 Electric vehicle manufacturers like Tesla, Lucid Motors, and Rivian will live on in Michigan after House Bill 6233, which aimed to ban EV companies’ direct sales and service, dissipated in the State Senate after weeks of legislating.

Teslarati reported in early December that language that would have allowed Tesla and others to operate within the state was struck from Bill 6233 in a sneaky attempt to keep electric car makers out of Michigan, the home of many legacy automakers.

In January, Tesla and lawmakers came to a long and hard-fought agreement to end a ban on company-owned stores and allow the electric automaker to open its Service Centers.

Before the agreement was reached, Tesla owners in Michigan were forced to purchase their vehicles out of state by finalizing the sale on paper.

If the car needed service of any kind, owners would have to drive to nearby locations that were out of state, most likely in Illinois and Ohio.

These restrictions ending would have meant the appearance of Tesla’s company-owned Service Centers and Sales facilities, which would have brought the EV leader to the state where companies like Ford and GM have long operated.

However, in December, the bill was...