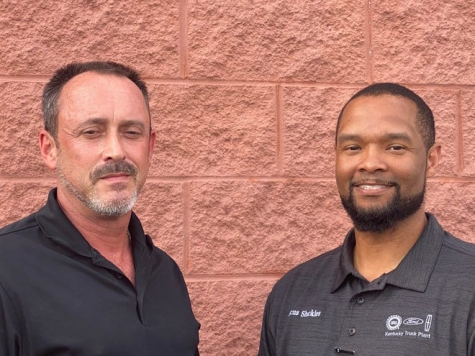 An estimated 20,000 active and retired Ford factory workers, their immediate family members and surviving spouses will have the option to get coronavirus tests at a large UAW hall in Louisville, KY, in coming days after an executive board voted unanimously to bring in a private laboratory at no cost to union members.

It is the first known full-service testing operation at a UAW site in response to the pandemic, said a spokesman at the national headquarters in Detroit.

The Louisville-based Bluewater Diagnostic Laboratory reached out to the union, thinking factory workers might appreciate having access to the sometimes-uncomfortable virus tests in a familiar setting that's easily accessible. The workers fuel a key tax base in the community and their wellness is essential to the health of the overall economy.

Ford assembly line workers, skilled trades, nurses and maintenance employees from the Kentucky Truck Plant and Louisville Assembly Plant will all have access to the tests. In addition, UAW cleaning workers from MPS and Harvard Maintenance, as well as parts sorters from USA Sorters will be able to go to the Ron Gettelfinger Hall on Fern Valley Road.

Separately, the automaker has been aggressive in its protocols to contain the virus, and Ford recently ordered ultra-cold freezers in anticipation of vaccines.

“In my lifetime, I’ve never seen anything like this,” said Jennifer Bolus, managing partner of Bluewater, who has run the lab company for eight years. "This is truly like living out a science fiction movie. Very surreal."

Her company operates mostly in Kentucky and has 13 mobile testing sites, with the rest of her clients in Indiana, Ohio and Tennessee. She sees unprecedented fear.

"People that come after that are angry. Some of our staff members? People try to run them over and they’ve thrown cones. I’m not kidding. Now we have...