MI Governor Extends State of Emergency, Shutdown of Bars, Gyms, Theaters Through May 28 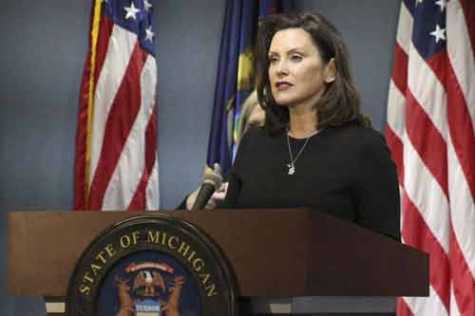 Hours before some of her executive orders expired, Michigan Gov. Gretchen Whitmer on April 30 signed a flurry of orders extending her powers and stretching the shutdown of public places, including bars and gyms through May 28.

Whitmer said extending the emergency order is “vital to the health and safety of every Michigander.”

“If we work together and do our part, we can help reduce the spread of COVID-19 and save lives,” Whitmer said in a news release.

Executive Order 2020-69 shutters certain places of public accommodations, such as bars and theaters, through May 28.

Restaurants can still operate through walk-up or drive-through service if it limits inside capacity to five patrons staying 6 feet apart.

Meanwhile, more than 1.2 million Michiganders have filed for unemployment, more than 25% of the state's workforce.

Justin Winslow, president and CEO of the Michigan Restaurant & Lodging Association, said the industry “needs clarity and direction as it struggles to persist in trying times.”

“We are committed above all else to creating an environment conducive to the safe return of the general public to their favorite restaurant,” Winslow said in a statement. “For many restaurants, however, if that date isn’t known soon they may not be there at all."

Critics argue the extension will continue to cripple the state’s economy.

Previous Page Continue reading »
Read 1093 times
More in this category: « Newark, OH, Auto Body Shop Destroyed in Fire FCA Wants to Restart Plants Week of May 18, After Losing $1.84B in Q1 »
back to top