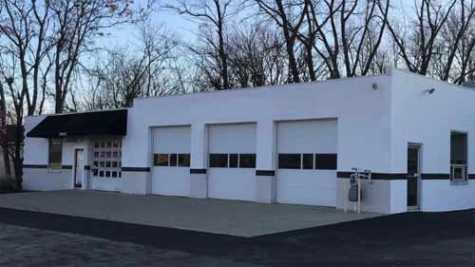 South Louisville Paint and Body, at 7105 Southside Drive, has been sold to Glaser's Collision Centers, another local company.

The purchase price of the facility was not disclosed.

Former owner Alice May was looking for a buyer for her 40-year-old business when owner Aaron Glaser approached her, according to a news release. May had purchased the business from her father but was ready to retire and wanted someone local to take it over. Meantime, Glaser's was looking to add a fourth location. The shop opened under the Glaser’s name on Dec. 30.

Glasers is a 33-year-old business itself. It has locations on Penion Drive in Jeffersontown, on Preston Highway in Louisville and on Rogers Drive in Shepherdsville. Services include auto body collision repair, towing, rental car and insurance assistance; paintless dent repair and pre and post repair scan technology.

With the South Louisville shop opening, Glaser’s total employment is now over 60 people.