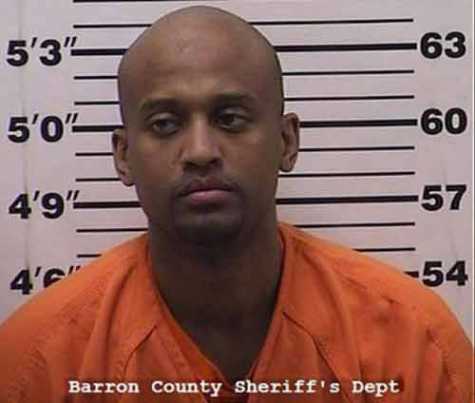 A Minnesota man has been charged with seven felonies after a fire broke out and items were reported stolen from a Barron County, MN, collision center and laundromat.

Court documents show 29-year-old Hienok Demessie has been charged with arson of a building, two counts of burglary of a building or dwelling, theft of moveable property (>$10,000-$100,000), possession of burglarious tools, felony criminal damage to property and operating a motor vehicle without owner’s consent.

The Barron County criminal complaint says someone called dispatch for a report of a possible burglary at Don Johnson Collision Center on Dec. 17 around 3:08 a.m. The caller said when she got to the office, she noticed keys were missing along with a bucket of quarters was gone. She also told officials she could smell smoke coming from the neighboring laundromat. The caller later noticed $62 was missing from the drawer.

Officials tracked down the stolen car and were able to arrest Demessie without incident.

The complaint says during the investigation, detectives reported the plastic doors and trays on most of the commercial washer and dryers in the laundromat were melted. Inside the stolen vehicle, law enforcement found 11 boxes of Tide dryer sheets, 13 boxes of Bounce dryer sheets, mini pry bar, gloves, shirt, network security camera, lighter, black lawn bags and two crescent wrenches that the vehicle owners confirmed was not theirs. Officials also found a coin voucher for $376.60.

The estimated value of the Toyota Fj Cruiser is more than $10,000 and initial estimates for the laundromat damage is $600,000 as a result of the fire, according the complaint.

Demessie is currently being held on a $50,000 cash bond and is scheduled to be back in court on Jan. 3.