Written by Will Kriss, WKZO News 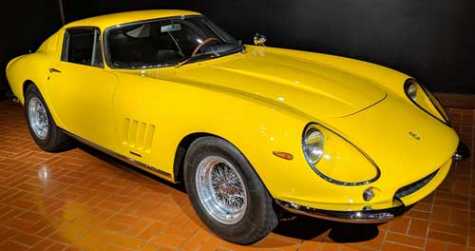 Following the release of the new blockbuster film "Ford v Ferrari," the Gilmore Car Museum has announced a new exhibit for fans of the film who want to learn more.

The exhibit, titled "The Rest of the Story," explores the events following the film.

"The rest of the story is that it just didn't end there," Director of Marketing for Gilmore Car Museum Jay Follis said. "Ford actually is the only American manufacturer to ever win the first place at Le Mans, and they won it four years in a row. What we've done is we brought out two different cars that kind of tie into that."

The two vehicles on display are the 2005 FORD GT, inspired by the original FORD GT40 of race fame and a 1967 Ferrari 275 GTB/4 - a rare find, as only about 300 were made. It was introduced a few months after their loss to Ford.

The GTB/4 on display at the Gilmore used to belong to actor Nicolas Cage.

Additionally, another noteworthy vehicle will be on display nearby.

"Down the exhibit hall a little bit further, you're gonna see an early 1976 AC Cobra built by Carroll Shelby, so we tie it all together," Follis said.

The new FORD v FERRARI exhibit runs through March of 2020. More information, including museum hours, can be found online at GilmoreCarMuseum.org.