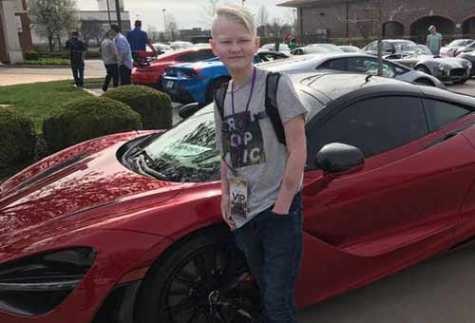 A 14-year-old Washington, MO, boy who died from cancer was granted his last wish with a parade of more than 2,100 sports cars and 100 motorcycles.

Alex Ingram had battled a rare form of bone cancer for four years. His passion was sports cars and his last wish was to have a motorcade of sports cars lead him to his funeral.

His family and supporters put out the word on Facebook and the community responded. They all gathered in the Six Flags St. Louis parking lot then started the journey towards Washington to fulfill the sports car lover's final wish.

The "Sports Cars for Alec" event was arranged by Sydney's Soldiers Always, an organization led by Dana Christian Manley who lost her 8-year-old daughter to cancer.

"All of the local cancer families become family to each other," Manley told CNN.

Supporters say thousands of cars from across the U.S. and Canada traveled to Washington to fulfill Alec's final wish.