Written by Staff, The Daily Record 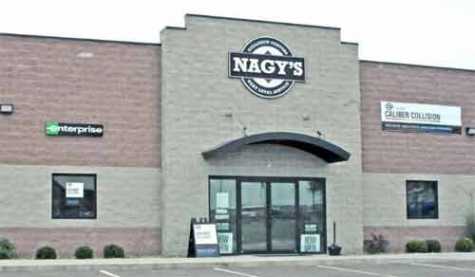 Nagy’s Collision Centers has sold all ten of its Ohio locations to Caliber Collision, a nationwide company with more than 1,000 auto shops.

The sale marks the end of 46 years of family ownership, according to a prepared statement from the company. Brothers Ron and Dan Nagy will still run Pro Touch Automotive Detailing, which is located at 4653 Cleveland Road in Wooster, Ohio.

Caliber Collision has retained all managers and technicians at each of the Nagy’s locations, the company said.

“So you will continue to see the same friendly faces and next-level service that you have come to know and trust,” the statement says.

In addition to continuing to run Pro Touch — which specializes in services such as detailing, ceramic coatings, paint protective films, spray-on truck liners and rustproofing — the Nagy’s are adding Nagy’s Property & Maintenance to their family of businesses.

The company began in 1973 when Dave Nagy established Nagy’s Body & Frame in Doylestown, Ohio. He sold the business to his sons Ron and Dan in 1995. They expanded the brand to ten locations throughout Northeast Ohio, including in Wooster, Orrville, Ashland, Akron, Medina and Wadsworth.

Nagy’s purchased Pro Touch in 2012 from brothers Mark and Ryon Mays, who continue to manage day-to-day operations, according to the statement.

We thank The Daily Record for reprint permission.