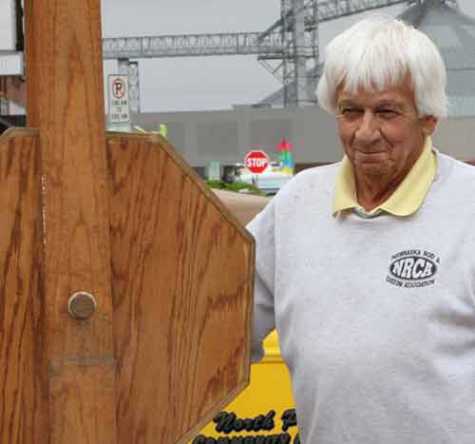 One of North Platte, NE, Community College’s longest-serving instructors will retire this month.

Don Wilson has worked at the college for almost 45 years. There will be a retirement celebration for him at 4 p.m. Monday, Aug. 12 in the NPCC North Campus student lounge.

Wilson has spent all but one year of his life in North Platte. He became interested in working on cars when he was in high school.

“I had some friends whose dads were body men at Shrake Body Shop,” Wilson said. “I would walk home from school with my friends and stop at the shop. We would visit with the men and watch them work on vehicles. It looked like fun.”

At that time, however, Wilson already had a job.

“I worked at the Hinky Dinky grocery store my last three years of high school and was going to be the assistant manager,” said Wilson. “At the last minute, I decided to go to auto body school in Denver instead.”

The year was 1966. Wilson packed up his belongings and left for Denver the day he graduated from high school.

“I returned home a year later but didn’t come back wanting to be a body man,” Wilson said. “I thought I was going to be a cowboy. Then a horse fell on me and broke my foot. I decided being a cowboy wasn’t all it was cracked up to be.”

Instead, Wilson became a milk deliveryman for Fairacres Dairy.

“I did that for six months until I spun out coming down a hill by the lake and spilled all the milk in the truck,” Wilson said. “I drove straight into town to Don Reese’s body shop and told Don I needed a job. I was hired on the spot.”

After a year at Reese’s, Wilson was hired by John Hurt Chevrolet. He spent eight years doing body work there – the last three as shop foreman.