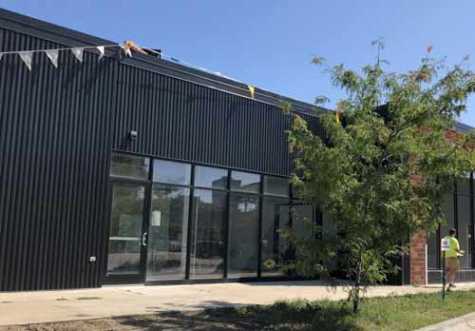 The former Owen Crist Auto Body Services Inc. shop at 1221 Keosauqua Way is being remodeled and will house Inner Space, a center that will focus on helping people improve their overall well-being. Kathy A. Bolton, Business Record

A former auto repair shop along Keosauqua Way in Des Moines, Iowa, will soon be home to Inner Space, a place that helps people optimize their mind, body and energy.

Joe Cordaro, principal of Benchmark Real Estate in West Des Moines, bought the former Owen Crist Auto Body Services Inc. shop at 1221 Keosauqua Way in April for $889,000. He’s since spent about $900,000 on improvements including ridding the building of asbestos and lead, adding insulation and making upgrades so that the structure meets energy codes.

"This particular building had a very unique set of challenges," said Cordaro, whose company is renovating the historic Argonne Apartment Building at 1723 Grand Ave. "To get from point A to point B, we had to step out of the box and ask, ‘How do we make this make financial sense?’ "

Cordaro worked with Inner Space’s co-creators, Alicia Newman and Brandy Gilmartin, to determine the various spaces needed in their newly formed business before remodeling could begin. That process took place over several months, he said.

Owen Crist Auto Body Service was located at the site for more than 90 years. The business closed in 2014 to make way for new development along Keo Way, a gateway into downtown from the nearby Interstate Highway 235.

In the past five years, a half-mile stretch of Keo Way has been redeveloped:

But while construction activity has flourished along Keo Way, nothing occurred at the vacated auto repair shop.

"It had to have the right tenant before anything could be done with the building because of all of its challenges," Cordaro said.