Written by Helmut Schmidt, The Forum of Fargo-Moorhead 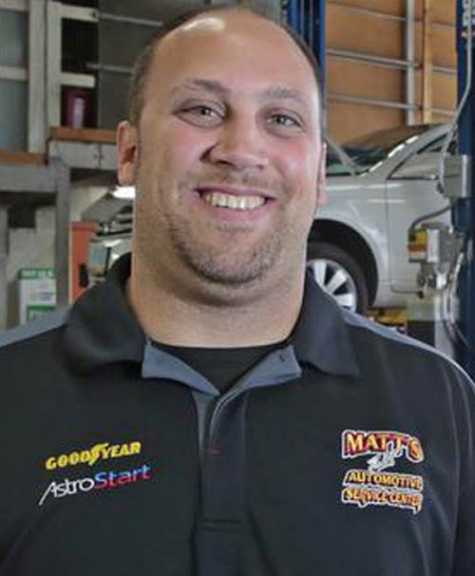 Matt Lachowitzer, owner of Fargo-Moorhead's Matt's Automotive Service Centers, will hold a rock 'n' roll bash for the 10th anniversary of his business on Saturday, June 22. David Samson / The Forum

The number of businesses Matt Lachowitzer has started in the last ten years makes him one of Fargo-Moorhead’s entrepreneurial rock stars.

Is it any wonder then that rock stars will play at the Matt’s Automotive Service Centers’ business birthday party?

On Saturday, June 22, Lachowitzer and his customers, suppliers, friends, family and ’80s rock fans will bang their heads to ‘80s glam bands Warrant and Slaughter (and local band Unleashed) to celebrate the company’s metal-versary at the shop at 1150 43½ St. S. in Fargo, ND.

Lachowitzer said he and his wife began planning the event 18 months ago.

While none of that time appears to have involved Lachowitzer growing a mullet, it has included buying more repair shops and dealing with the ruin of his original shop when heavy snow took down the roof in March.

As of Friday, June 14, more than 2,400 tickets had already been sold to fans of “Up All Night” and “Cherry Pie,” including all of the VIP tickets, Lachowitzer said.

“I’m just big on doing something different. So, we’re like, let’s do a concert,” Lachowitzer said Monday, June 17.

Lachowitzer wanted bands that would strike a power chord with his customers: most of them 35 to 50 (but it can’t hurt that he’s a fan of Warrant and Slaughter, too).

“This event is not for me. It’s for our staff, it’s for our vendors and it’s for our customers. That’s really what it is for. And music is something that brings people together,” he said.

The doors open at 4 p.m. Saturday, with Unleashed starting at 4 p.m., Slaughter at 7:30 p.m. and headliner Warrant at 9:30 p.m. The music stops at 11 p.m. The ear ringing may last longer. Four food trucks will be there to satisfy concert-goers munchies.