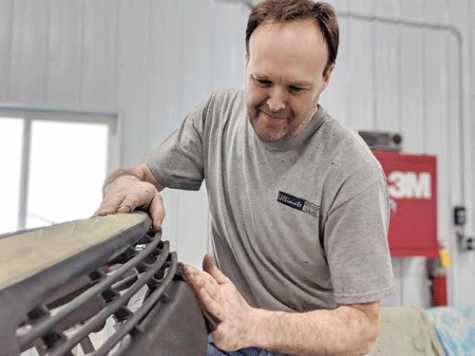 Ultimate opened in October 2017 and is located at 3389 Runger St., in the Runger Addition on Sheldon’s growing east side. However, during the shop’s first decade of existence, Maanen operated out of a machine shop on his father’s property, a mile north of Sheldon.

“It felt like it was time to make a move,” Maanen said.

After spending a decade building up his individual reputation, he felt comfortable making the investment into the new shop

Maanen’s customers are primarily in Sheldon, but some of his customers commute from as far as Sioux City and Sioux Falls, SD, thanks to customers who give their word-of-mouth about my business. In addition to his work, he relies on his customer service skills to retain business.

“You just want to do a good job because your reputation—it’s out there,” Maanen said.

“It’s not like Sioux Falls or Sioux City where your next job is around the corner; I count on people coming back—repeat customers. Every customer is important to me,” he said.

We thank NWestIowa.com for reprint permission.