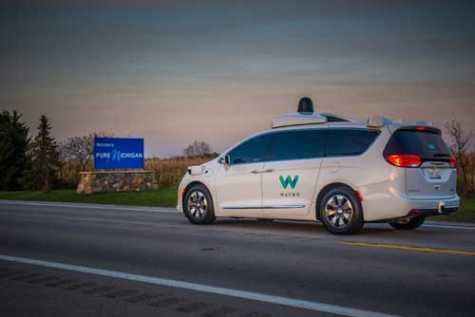 Waymo plans to use a facility on the north side of Detroit to convert Chrysler Pacifica Hybrids and other vehicles for its Waymo One fleet.

A major Silicon Valley tech firm is setting up a base in Detroit. Google spinoff Waymo is taking over a plant in the Motor City, where it plans to convert vehicles to operate as part of its autonomous ride-sharing service.

Waymo CEO John Krafcik first announced in a blog post April 23 that the company will lease an unused factory owned by American Axle & Manufacturing on Detroit’s north side. It will be used to convert such vehicles as the Chrysler Pacifica Hybrid minivan, which will be a mainstay of the expanding Waymo One ride-sharing service.

“There has been a real risk that the shift of the automotive industry could move from Detroit to Silicon Valley, and we’ve been fighting that every step of the way,” Detroit Mayor Michael Duggan said after learning about Waymo’s plans. “I think a major statement was made today in the battle of Detroit and Silicon Valley that a major Silicon Valley company has said the future of vehicles in the city of Detroit.”

Waymo is widely considered the leader in the development of autonomous vehicle technology, with Waymo One last December becoming the world’s first commercial ride-sharing service based on self-driving vehicles.

Competitors like Uber and Lyft are still in the process of developing their own autonomous technology. Uber suffered a major setback in March 2018 when one of its prototypes struck and killed a pedestrian outside Phoenix. General Motors, meanwhile, has indicated it plans to launch a direct competitor to Waymo One, partnering its Cruise Automation research subsidiary and its Maven car-sharing operation, but it is not clear when the new service will debut.

Experts have predicted that by taking the driver out of a ride-sharing vehicle, the cost of offering a ride could drop by half, making it cheaper for consumers to turn to a service like Waymo One than owning their own vehicles.

For now, however, Waymo One will continue placing a backup operator behind the wheel of its taxis, ready to take over in an emergency. It has not said when it will go completely driverless. That is likely to depend both upon state laws and on the federal autonomous vehicle legislation that has been working its way through Congress.