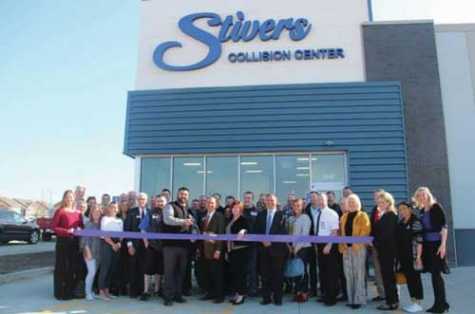 Established in 1980 by Don Politte and Ed Stivers, Jr., Stivers Lincoln Mercury has a history of being a locally owned, family-operated business throughout the Des Moines, IA, metro area.

Stivers Ford was first established in the City of Waukee back in 2006. The Lincoln Mercury franchise would later join the Waukee Ford location in 2009 followed by an interior and exterior remodel in 2010.

In addition, Stivers Ford Lincoln has received a variety of awards and recognition throughout the years, including the 2013 Ford Motor Company President’s Award for outstanding customer service and sales performance along with being voted Des Moines Cityview’s Best Automotive Dealership-Domestic.

“We are proud to be the biggest and best Ford Lincoln dealer in Iowa. We’ve been in business for 39 years in central Iowa. We know price sells cars, and we know service after the sale is important,” Stivers Ford Lincoln of Iowa President Scott Politte said.

Now, after nearly four decades of service, Stivers Lincoln Ford has added a new collision center to the Waukee location. This collision center will not only provide the dealership with the opportunity to better serve residents both in the local community and surrounding areas but will also add to its capacity for vehicle repair.

“The population increase in Dallas County creates a larger need for insurance companies to have approved facilities that can perform repairs to their standards,” Politte said.

Last year, the Stivers Ford Lincoln body shop received approximately 1,500 repair orders. With the new collision center, the dealership can work on up to 30 vehicles at a time and employs approximately five mechanics with seven additional helpers or apprentices.

Politte also noted that the new collision center will not only be able to repair all makes and models but can also help with classic car restoration, motor home body and paint repair, and service body repairs on commercial trucks. In addition, Stivers Ford Lincoln will be able to service walk-in customers in need of touch-up paint, paintless dent repair for door dings and windshield repair as well.